L.A.-based band Sad Robot, led by the “sex pot” Kat Pawlak, drove it home with their infectious tune “Hold On” that’s raised the band’s profile and gotten spins on radio powerhouse KROQ-FM. Their unique three-person wall of sound has enabled them to create their own voice in the indie rock scene, and recently grabbed the attention of Virgin Records EVP Ron Fair. Their emotional lyrics plus a heavy power fuzz sound span pop to dirty indie rock. Their catchy songs and high-energy stage show made them unanimous favorites of LAMN Jam Talent Judges.

Hewan (pronounced: Hey-wan) wowed talent judges with her clever lyrics of “Love In A Haystack” and sultry vocals. A singer/songwriter from the Bay Area, Calif., she says, “My story is simple: In 2011, I hit the reset button on my life, left my nerdy corporate job at a tech company to pursue a full-time career in music. That was the ‘easiest-hardest’ decision in my life! I moved to L.A. and since then I’ve been developing my art and learning how to navigate through the crazy music industry.” We’re glad to have Hewan in L.A.!

Sad Robot and Hewan advance to the semi finals along with Young Beautiful In A Hurry and Zach Jones (rock), and Lydia Rene and Trademark (urban).

HAND-PICKED EXPERTS:
These experts are selected because of their influence. Since launching 2014 LAMN Jam less than a month ago, three performers have been offered publishing deals by our talent judges and one has been signed to management. At past LAMN Jams, performers have been signed on the spot, their music placed in network television, and gotten production deals.

2011 LAMN JAM WINNERS:
Their 2011 LAMN Jam win helped launch the Mowglis who just completed a major U.S. tour. After winning the 2011 LAMN Jam, they were immediately signed to a management deal by talent judge Antony Bland, then signed with Universal / Photo Finish Records. They have been featured on primetime network TV (Letterman, Leno, Kimmel) and now get radio airplay in primary markets and sell out shows across the U.S.

2007 LAMN JAM WINNER REACHES EUROPE:
Aloe Blacc won the 2007 LAMN Jam by a landslide and has been busy and increasingly successful ever since. You’ve probably heard his hit “I Need A Dollar” – theme song for the HBO series “How To Make It In America” – which broke the Top Ten in Europe. 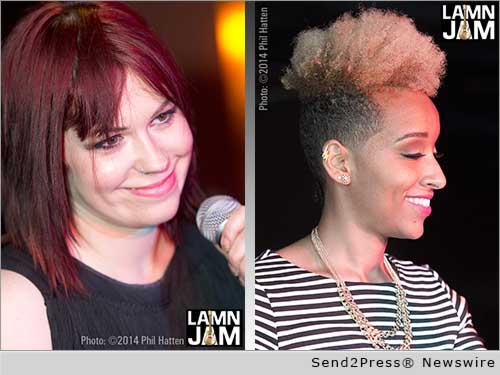 NEWS ARCHIVE NOTE: this archival news content, issued by the news source via Send2Press Newswire, was originally located in the Send2Press® 2004-2015 2.0 news platform and has been permanently converted/moved (and redirected) into our 3.0 platform. Also note the story “reads” counter (bottom of page) does not include any data prior to Oct. 30, 2016. This press release was originally published/issued: Mon, 02 Jun 2014 17:48:20 +0000