"Ruth and her main writing partner, Bill Katz, created a great many songs that were part of what used to be called The Hit Parade," says Sandra Piller. "I was so very proud of my mom-in-law, and it was always exciting to be part of such a creative family."

LOS ANGELES, Calif., Nov. 1, 2013 (SEND2PRESS NEWSWIRE) — On the Saturday night before Thanksgiving, country artist Sandra Piller will perform a special show featuring songs written by her mother-in-law. What makes this sweet gesture interesting to music lovers is that the songs co-written by Ruth Roberts were hits for such stars as Doris Day, Debbie Reynolds, The Lennon Sisters, Dean Martin, Theresa Brewer, The McGuire Sisters, Patti Page, Jimmy Dean, Eydie Gorme, the Lawrence Welk Orchestra, and many others.

“Ruth and her main writing partner, Bill Katz, created a great many songs that were part of what used to be called The Hit Parade,” Piller states. “I was so very proud of my mom-in-law, and it was always exciting to be part of such a creative family,” she adds. Roberts’ son Michael, Sandra’s late husband, was executive producer and writer for the “Star Trek” franchise, while her son Shawn is producer of shows like “Dead Zone” and “Haven.”

About Sandra Piller:
A fan of pop and country stars like Crystal Gayle, Patsy Cline, The Judds, and Kenny Rogers, she embraces songs that communicate directly. “I love almost all country music,” Sandra says, “and I really enjoy the storytelling aspect of those songs.” Sandra scored her single song publishing deal as a songwriter with legendary Sun Records icon and country music producer, the late Cowboy Jack Clement, and for the past several years she has collaborated with Nashville songwriting pro Jane Bach (Reba McEntire, Collin Raye, Jo Dee Messina). She has released three full-length albums and a recent EP, “Love Goes On,” dedicated to the memory of Michael Piller. http://sandrapiller.com/.

About Ruth Roberts:
Beginning her music career in her teens, Ruth Roberts wrote pop, gospel, rock, blues, country, children’s, and sports songs. She even wrote a song on The Beatles “Anthology 3” album, “Mailman Bring Me No More Blues.” Movie and TV viewers have heard Roberts’ songs in “Yes Man,” “The Benchwarmer,” “A Dirty Shame,” “Everybody Loves Raymond,” “Seinfeld,” and the Conan O’Brien show. 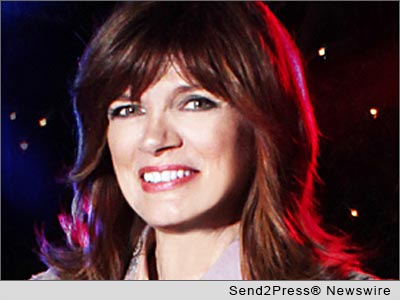 Alternate Headline: Sandra Piller sings chart-topping hits and some of the best-known sports songs of all time at Holiday 2013 show

NEWS ARCHIVE NOTE: this archival news content, issued by the news source via Send2Press Newswire, was originally located in the Send2Press® 2004-2015 2.0 news platform and has been permanently converted/moved (and redirected) into our 3.0 platform. Also note the story “reads” counter (bottom of page) does not include any data prior to Oct. 30, 2016. This press release was originally published/issued: Fri, 01 Nov 2013 15:14:36 +0000

View More California Business News
"Ruth and her main writing partner, Bill Katz, created a great many songs that were part of what used to be called The Hit Parade," says Sandra Piller. "I was so very proud of my mom-in-law, and it was always exciting to be part of such a creative family."

LEGAL NOTICE AND TERMS OF USE: The content of the above press release was provided by the “news source” Sandra Piller or authorized agency, who is solely responsible for its accuracy. Send2Press® is the originating wire service for this story and content is Copr. © Sandra Piller with newswire version Copr. © 2013 Send2Press (a service of Neotrope). All trademarks acknowledged. Information is believed accurate, as provided by news source or authorized agency, however is not guaranteed, and you assume all risk for use of any information found herein/hereupon.