"Andrew is one of the most knowledgeable, experienced professionals in the self-publishing sector. We're thrilled to have him aboard to help us continue to evolve into a full-service publishing option for independent authors who seek the highest quality printing and customer care," says Ron Pramschufer, a principal owner of Self-Publishing, Inc.

NEW YORK, N.Y., Jan. 14, 2014 (SEND2PRESS NEWSWIRE) — Self-Publishing, Inc., the venerated New York-based publishing services company, has appointed Andrew Pate to the position of Senior Vice President, Business Development. Pate’s accomplishments include growing Lightning Print into one of the largest Print-on-Demand (POD) providers in the world, now Lighting Source. In addition, he oversaw the increase of sales at Lulu, based in North Carolina, from $5 Million to $35 Million. He was most recently the Senior Vice President, Business Development of On Demand Books, the creator of the Expresso Book Machine.

Mr. Pate got his start in publishing as Executive VP and COO of Rutledge Hill Press in 1996. During his tenure there, he successfully managed business through transition to sale to Thomas Nelson.

Self-Publishing, Inc. was started in New York City in 1997, introducing a group of complimenting printers to the New York publishing market. The business quickly evolved into a publishing services business and has overseen the production of millions of copies of many thousands of titles. While the core business continues to be book printing, the services have increased to include editorial services, book layout and cover design (including ebook design), marketing, as well as book storage and fulfillment. POD distribution is provided through its Thor Distribution program.

It was during the establishment of this program, that Ron Pramschufer and Dana Cole, principal owners of Self-Publishing, Inc. first met Andrew Pate.

Says Pramschufer, “Andrew is one of the most knowledgeable, experienced professionals in the self-publishing sector. We’re thrilled to have him aboard to help us continue to evolve into a full-service publishing option for independent authors who seek the highest quality printing and customer care.”

According to Pramschufer and Cole, Pate will hit the ground running.

Pate says, “Self-Publishing, Inc. has been carefully developed into the respected company that it is today. Unlike the many variations of vanity presses which have historically dominated the self-publishing sector, it is one of the very few ‘true’ self-publishing services company whose stated goal is to turn authors into publishers. It’s my goal to help the company emerge as the undisputed industry leader.” 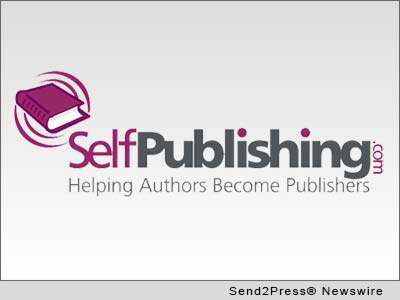 NEWS ARCHIVE NOTE: this archival news content, issued by the news source via Send2Press Newswire, was originally located in the Send2Press® 2004-2015 2.0 news platform and has been permanently converted/moved (and redirected) into our 3.0 platform. Also note the story “reads” counter (bottom of page) does not include any data prior to Oct. 30, 2016. This press release was originally published/issued: Tue, 14 Jan 2014 14:49:48 +0000

View More Advertising and Marketing News
"Andrew is one of the most knowledgeable, experienced professionals in the self-publishing sector. We're thrilled to have him aboard to help us continue to evolve into a full-service publishing option for independent authors who seek the highest quality printing and customer care," says Ron Pramschufer, a principal owner of Self-Publishing, Inc.

ABOUT THE NEWS SOURCE:
Self-Publishing, Inc.

LEGAL NOTICE AND TERMS OF USE: The content of the above press release was provided by the “news source” Self-Publishing, Inc. or authorized agency, who is solely responsible for its accuracy. Send2Press® is the originating wire service for this story and content is Copr. © Self-Publishing, Inc. with newswire version Copr. © 2014 Send2Press (a service of Neotrope). All trademarks acknowledged. Information is believed accurate, as provided by news source or authorized agency, however is not guaranteed, and you assume all risk for use of any information found herein/hereupon.