SILICON VALLEY, Calif., Aug. 19, 2015 (SEND2PRESS NEWSWIRE) — Lost Spirits Technologies announces today that it has successfully scaled its experimental distilled spirits aging system and is preparing to begin a nationwide roll out of the revolutionary new technology in October 2015. The system will be implemented through the use of small, portable aging reactors dubbed the THEA One. THEA One offers a revolutionary, state of the art way of designing and engineering the quality of aged spirits, and will be installed in craft distilleries across the country.

In April of 2015, Lost Spirits announced that it had successfully replicated the chemical signature and taste profile of 20-year-old rum in a laboratory setting. Since then, the engineering team has been working around the clock to create a scaled working reactor that is capable of producing spirits at commercially viable quantities. Today this task has been accomplished.

Lost Spirits currently has 65 distilleries on its waiting list and is in talks to potentially implement the technology on a grand scale with multinational spirits partners.

Lost Spirits will be hosting private media tours to showcase the THEA One and her capabilities at the notoriously secretive Lost Spirit hilltop laboratory throughout September. Interested parties may inquire for a sneak peek at the first THEA One models. For those who cannot attend, media kits can also be requested which contain samples and equipment overview using Google Cardboard in VR.

Unlike others who have made similar claims, Lost Spirits Technology has been substantiated using forensic chemistry reviewed by independent experts. Many of the company’s experimental releases have been met with high praise within the industry, blogosphere, and at professionally moderated industry blind tastings.

Visit us on the web at http://www.lostspirits.net/. 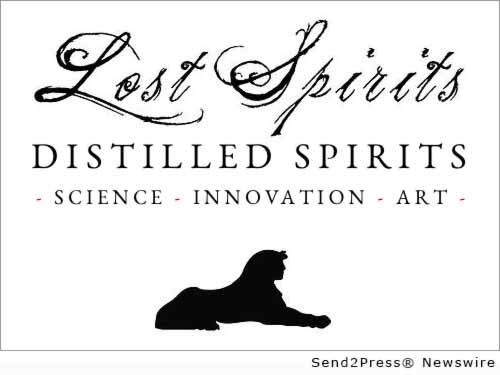 NEWS ARCHIVE NOTE: this archival news content, issued by the news source via Send2Press Newswire, was originally located in the Send2Press® 2004-2015 2.0 news platform and has been permanently converted/moved (and redirected) into our 3.0 platform. Also note the story “reads” counter (bottom of page) does not include any data prior to Oct. 30, 2016. This press release was originally published/issued: Wed, 19 Aug 2015 13:42:48 +0000

LEGAL NOTICE AND TERMS OF USE: The content of the above press release was provided by the “news source” Lost Spirits Distillery or authorized agency, who is solely responsible for its accuracy. Send2Press® is the originating wire service for this story and content is Copr. © Lost Spirits Distillery with newswire version Copr. © 2015 Send2Press (a service of Neotrope). All trademarks acknowledged. Information is believed accurate, as provided by news source or authorized agency, however is not guaranteed, and you assume all risk for use of any information found herein/hereupon.