"My son urged me to write this book," Ella Miriam says. "He feared the story would get lost. This book has been inside of me for a long time."

Born during the gruesome Nazi siege of Leningrad, Miriam’s childhood and early adulthood was spent in the grim Soviet Union of Stalin, Khrushchev and Brezhnev. After marrying, she and her husband gravely struggled with the thought of leaving during the Cold War. It was one of the most terrifying decisions they would ever make and one which held potentially lethal consequences, but they did it.

The couple emigrated to Israel during the earliest stages of the Jewish Exodus and the story continues as her family adapts to Israeli life during the chaos of the Yom Kippur War and its aftermath in a new world of freedom, challenge and personal joys and sorrows.

After a devastating loss, Miriam recounts how America became her ultimate national home through a series of unlikely occurrences, replete with the opportunities and frustrations of life in a free and prosperous society.

Through engaging personal stories, Miriam provides the reader with insight into social dynamics, political events and emigration patterns. By exposing her own emotions, losses and naivete, she shares with the reader her wonderment, grief, disbelief and excitement.

To date, “Chasing Freedom” has only received five-star reviews on Amazon.com and sales have been strong.

One reader says, “Read this book. It will change your life.” Others call it “inspiring,” “masterful” and “amazing.” And another says that it should be required reading for every American high school student.

About the Author:
Ella Miriam has a Master’s degree in music from the Soviet Union. She has taught in public and private schools in the Soviet Union, Israel and the United States. Her real passion is teaching piano to children and sharing her stories. “Chasing Freedom” is her first book. She lives in Charlotte, N.C. with her second husband, Robert. She has three children and seven grandchildren.

“My son urged me to write this book,” she says. “He feared the story would get lost. This book has been inside of me for a long time.” 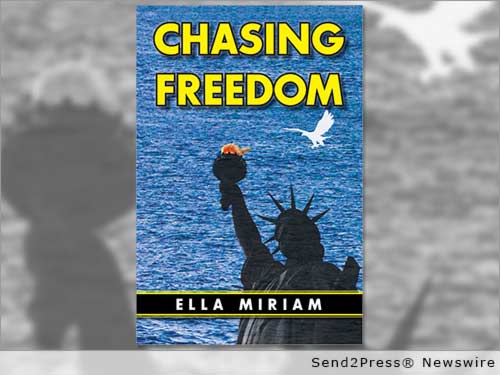 NEWS ARCHIVE NOTE: this archival news content, issued by the news source via Send2Press Newswire, was originally located in the Send2Press® 2004-2015 2.0 news platform and has been permanently converted/moved (and redirected) into our 3.0 platform. Also note the story “reads” counter (bottom of page) does not include any data prior to Oct. 30, 2016. This press release was originally published/issued: Tue, 23 Feb 2016 07:00:16 +0000

View More Books and Publishing News
"My son urged me to write this book," Ella Miriam says. "He feared the story would get lost. This book has been inside of me for a long time."

ABOUT THE NEWS SOURCE:
Ella Miriam

LEGAL NOTICE AND TERMS OF USE: The content of the above press release was provided by the “news source” Ella Miriam or authorized agency, who is solely responsible for its accuracy. Send2Press® is the originating wire service for this story and content is Copr. © Ella Miriam with newswire version Copr. © 2016 Send2Press (a service of Neotrope). All trademarks acknowledged. Information is believed accurate, as provided by news source or authorized agency, however is not guaranteed, and you assume all risk for use of any information found herein/hereupon.