Born in Trenton, N.J. in 1924, Franklyn was a veteran of World War II serving in Europe at the rank of sergeant in the U.S. Air Corps. Upon returning to the U.S., he completed his degree in architecture at the University of Pennsylvania. He formed his own practice in 1954, later named Spiezle Architectural Group, which received numerous awards for school, firehouse and library design.

Franklyn’s traditional approach to architecture paved the way for a solid foundation of core values for the firm: quality, integrity, and commitment. In 1990, he turned the reins over to his son Scott – the next generation of Spiezle leadership. Adopting his father’s client-focused approach to the business, Scott grew the firm to sixty people in three offices diversifying into new markets.

From his father’s foundation, Scott’s vision and leadership continued the firm’s legacy culminating in being awarded the distinction of New Jersey’s AIA Firm of the Year in 2012. This same year also marked Scott passing the leadership forward – the result of having guided the firm through the transition to a fully employee-owned firm (ESOP) begun five years earlier.

Sixty years from its founding, the firm’s new CEO, Robert G. Kellner, remains committed to the legacy of both Franklyn and Scott as their values remain at the core. New diversity, growth and directions, while embracing the past, have already allowed the firm to grow to over $200 million in construction annually, domestically and internationally. Without Franklyn’s initial vision and commitment, this would not have been possible.

About Spiezle Architectural Group, Inc.:
Spiezle Architectural Group, Inc., founded in 1954, is an award-winning, full-service architecture, planning, and design firm with offices in New Jersey, Pennsylvania, South Carolina, Maryland and New York. Known for its innovative design, highly effective design documentation, and project management, Spiezle is an acknowledged leader in sustainable design of public and private facilities. To learn more about the firm, please visit our new website at http://www.spiezle.com/. 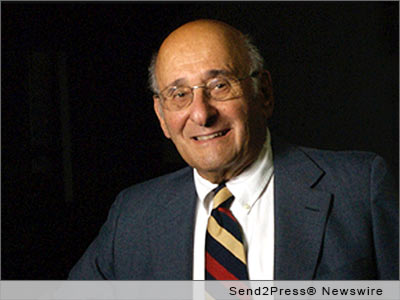 NEWS ARCHIVE NOTE: this archival news content, issued by the news source via Send2Press Newswire, was originally located in the Send2Press® 2004-2015 2.0 news platform and has been permanently converted/moved (and redirected) into our 3.0 platform. Also note the story “reads” counter (bottom of page) does not include any data prior to Oct. 30, 2016. This press release was originally published/issued: Thu, 23 Jan 2014 14:58:16 +0000

LEGAL NOTICE AND TERMS OF USE: The content of the above press release was provided by the “news source” Spiezle Architectural Group, Inc. or authorized agency, who is solely responsible for its accuracy. Send2Press® is the originating wire service for this story and content is Copr. © Spiezle Architectural Group, Inc. with newswire version Copr. © 2014 Send2Press (a service of Neotrope). All trademarks acknowledged. Information is believed accurate, as provided by news source or authorized agency, however is not guaranteed, and you assume all risk for use of any information found herein/hereupon.