Acclaimed film Director Mark Yancey draws audiences into the perspective of soccer fan supporters and the role they have played in the success of the team and, indeed, the entire league. 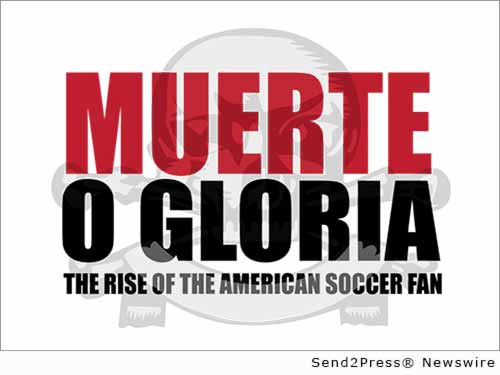 These pioneering members share remarkable stories about the team and their fellow supporters, and exemplify the character of the most influential fan supporters group in U.S. Soccer history.

Resulting Impact Film Productions is the production company behind the documentary. “Muerte O Gloria” is the first feature film to be produced through this innovative new company.

The trailer and more information on the film are available at: http://www.muerteogloria.com/.

NEWS ARCHIVE NOTE: this archival news content, issued by the news source via Send2Press Newswire, was originally located in the Send2Press® 2004-2015 2.0 news platform and has been permanently converted/moved (and redirected) into our 3.0 platform. Also note the story “reads” counter (bottom of page) does not include any data prior to Oct. 30, 2016. This press release was originally published/issued: Thu, 20 Aug 2015 14:29:00 +0000

LEGAL NOTICE AND TERMS OF USE: The content of the above press release was provided by the “news source” Resulting Impact Film Productions or authorized agency, who is solely responsible for its accuracy. Send2Press® is the originating wire service for this story and content is Copr. © Resulting Impact Film Productions with newswire version Copr. © 2015 Send2Press (a service of Neotrope). All trademarks acknowledged. Information is believed accurate, as provided by news source or authorized agency, however is not guaranteed, and you assume all risk for use of any information found herein/hereupon.