LONDON, U.K., Nov. 17, 2015 (SEND2PRESS NEWSWIRE) — A cooperative effort between NGOs and students from Cambridge and elsewhere is revolutionizing how Fair Trade social enterprises in the Global South can succeed by efficiently reaching foreign markets. According to Directors Savithri Machiraju and Amy Chang, the Agenda for Sustainable Development, in cooperation with Friends Beyond Borders and the Adelina Foundation, partners with students and local companies in poorer nations in Asia, Africa, and Latin America to modernize their businesses with social media and other tools so that knowledge of their products can reach foreign consumers, and the products themselves can be purchased and shipped in a timely manner.

“Before now, the idea that these small firms could compete with established companies in the industrialized world was ludicrous,” said Chang. “They simply did not have the resources to provide reliable pay platforms, dependable rapid shipping, and quality control.” But the formulae ASD has devised combine the power of modern online retail platforms like Amazon and Alibaba with social media and modern marketing to allow these companies to compete on the global stage.

Partner Friends Beyond Borders even guarantees satisfaction with each purchase from qualified vendors, to eliminate any anxiety that the customer will lose money. “The idea is that consumers in the West can feel as secure purchasing things from these family-owned enterprises in the third world as they would if they bought them from Amazon, Aliexpress, or eBay,” Machiraju says.

The formulae Cambridge students employ are designed so that one student can efficiently modernize a given social enterprise in about three hours. “Students are quite facile with Facebook, Twitter, Instagram, Google, Amazon, Alibaba, and Pinterest. Using our formula, they quickly build a web and social media presence for each company that allows it to dramatically increase its presence in the online retail world,” Chang says.

Why three hours? “Just as we want to help build a successful future for each enterprise, we want students to feel empowered,” says CTO Director Nigel Applewhite. “Since students are incredibly busy, we want them to know that in a few short hours, employing skills they use every day in the classroom, they can make a major impact on a small family business in a historically impoverished place that will last a long time, and can serve as a template for other companies in the same country. So we designed a formula that is like a recipe or a protocol that combines best practices in a step-by-step fashion. Create a social media page, embed a PayPal button, issue a press release, etc.”

As long as a student is working on a particular project, he or she is the chairperson for that country. When the project is finished, the student hands off the title to a fellow student, or, if he or she is extraordinarily ambitious, begins a similar project in the same country. That way the largest possible number of small enterprises in each country are transformed.

Enterprises selected for the program must make products or provide services which align with the UN’s recently announced 2030 Sustainability Goals. Goods produced cannot contain toxic substances, pollute the environment, contribute to Global Warming, derive from illegitimate sources, or be made with child or slave labor.

News issued by: Friends Beyond Borders 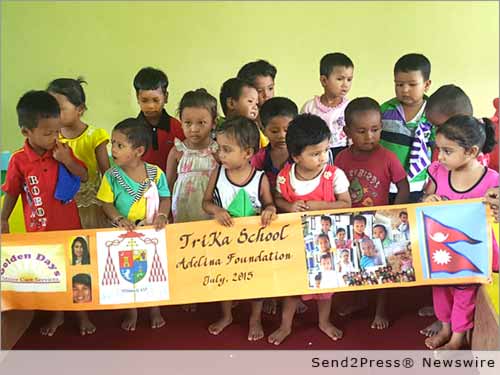 NEWS ARCHIVE NOTE: this archival news content, issued by the news source via Send2Press Newswire, was originally located in the Send2Press® 2004-2015 2.0 news platform and has been permanently converted/moved (and redirected) into our 3.0 platform. Also note the story “reads” counter (bottom of page) does not include any data prior to Oct. 30, 2016. This press release was originally published/issued: Tue, 17 Nov 2015 17:51:14 +0000

More from Friends Beyond Borders

ABOUT THE NEWS SOURCE:
Friends Beyond Borders

LEGAL NOTICE AND TERMS OF USE: The content of the above press release was provided by the “news source” Friends Beyond Borders or authorized agency, who is solely responsible for its accuracy. Send2Press® is the originating wire service for this story and content is Copr. © Friends Beyond Borders with newswire version Copr. © 2015 Send2Press (a service of Neotrope). All trademarks acknowledged. Information is believed accurate, as provided by news source or authorized agency, however is not guaranteed, and you assume all risk for use of any information found herein/hereupon.