"I was thrilled to have five photos make it to the final rounds and win medals, considering how intense the competition was this year," says Andrew Prokos, of Andrew Prokos Fine Art Photography.

“I was thrilled to have five photos make it to the final rounds and win medals, considering how intense the competition was this year,” says Prokos.

About Andrew Prokos:
Andrew Prokos is an architectural, panoramic, and fine art photographer based in New York City. His photographs have been published in leading publications such as ArchDaily, Casa Vogue, Communication Arts, DesignBoom, Design Folio, Dezeen, Digital Photographer, and Metropolis Magazine and have been exhibited at the Museum of the City of New York and in numerous corporate art collections across the USA. In addition to the five medals won at this year’s Epson Awards, Andrew was a second place winner at the 2013 International Photography Awards (Lucie Awards) for his series “Niemeyer’s Brasilia.” 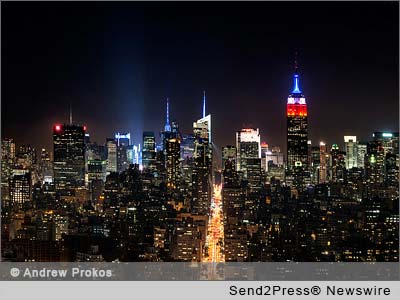 NEWS ARCHIVE NOTE: this archival news content, issued by the news source via Send2Press Newswire, was originally located in the Send2Press® 2004-2015 2.0 news platform and has been permanently converted/moved (and redirected) into our 3.0 platform. Also note the story “reads” counter (bottom of page) does not include any data prior to Oct. 30, 2016. This press release was originally published/issued: Fri, 22 Nov 2013 17:00:47 +0000

View More Awards and Honors News
"I was thrilled to have five photos make it to the final rounds and win medals, considering how intense the competition was this year," says Andrew Prokos, of Andrew Prokos Fine Art Photography.

ABOUT THE NEWS SOURCE:
Andrew Prokos

LEGAL NOTICE AND TERMS OF USE: The content of the above press release was provided by the “news source” Andrew Prokos or authorized agency, who is solely responsible for its accuracy. Send2Press® is the originating wire service for this story and content is Copr. © Andrew Prokos with newswire version Copr. © 2013 Send2Press (a service of Neotrope). All trademarks acknowledged. Information is believed accurate, as provided by news source or authorized agency, however is not guaranteed, and you assume all risk for use of any information found herein/hereupon.