"I envisioned an underwater distress signal device in the form of a watch or hand instrument that could be worn on the body," says George A. McKinney, president and CEO, Better Life Technologies Group. "This signal coupled with GPS, vitality monitoring and swimmer identification technologies, would work together to form a solution."

SAN DIEGO, Calif., April 14, 2014 (SEND2PRESS NEWSWIRE) — In the U.S., children aged one to four have the highest drowning rates. And most drowning occurs in pools. Better Life Technologies Group, Inc. has announced a new patented technology product that’s designed to save children’s lives.

According to studies, young children, African-Americans and males seem to be the most vulnerable. Accidents continue to happen, yet many go unreported.

George A. McKinney, president and CEO, Better Life Technologies Group, recounts a story of a party he attended that ends in death and destruction, but that ultimately led to the birth of the first serious swim safety system.

The story, like many other drowning-related stories, begins with a party and a family. In the fall of 2009, a swim party was hosted by a family who had been throwing these types of parties for nearly 10 years without incident. Safety was observed and watchful eyes were all around. However, it only took a few seconds during a game of dead man’s float. No one noticed that the game had quickly turned into a reality. A seven-year old boy was at the bottom of the pool.

CPR was performed and 911 was called. The paramedics were there within minutes. The boy was rushed to the hospital, but was rapidly pronounced dead. This boy’s name was Albert Jones.

As a result of this experience, McKinney was prompted to do research about drowning and its effect on households. He was determined to design a swim safety device that would lessen future tragedies.

In February 2014, a swim safety system device called the “Albert Jones Anti-Distress Device” (AJADD) U.S. Patent #8,659,435 B2 was released. It is a device that is geared to making lives safer in every underwater situation around the globe.

“I envisioned an underwater distress signal device in the form of a watch or hand instrument that could be worn on the body,” McKinney says. “This signal coupled with GPS, vitality monitoring and swimmer identification technologies, would work together to form a solution.” 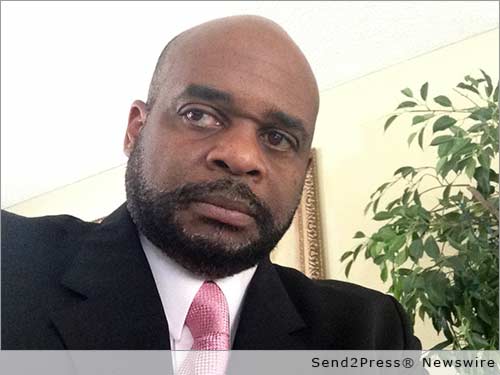 “The beauty of this system is that it also allows the lifeguard or caretaker to monitor the activities of several swimmers in real-time, at the same time,” McKinney says.

The applications of the Albert Jones Anti-Distress Device could be far-reaching, including use in swimming pools, rivers, lakes and in the ocean. It could even be used on cruise ships, oil rigs, and by the U.S. military.

McKinney is currently seeking investors to help him complete his first prototype. He has already assembled a team of electrical and mechanical engineers and doctors to build it, but he needs qualified investors who will later share in the company profits.

A percentage of the proceeds from product sales will be designated to help children and families affected by drowning, and for swim lessons for impoverished youth.

About Better Life Technologies Group, Inc.:
Better Life Technologies Group, Inc. is driven by its mission to create the first cutting-edge swimmer safety systems that capture critical, real-time human vitality signs by using GPS and other life-saving data, and creating monitoring techniques for the prevention of human health dangers and death in water.

Journalists or investors can contact George McKinney at +1-619-517-6729 or betterlifetechnologies@gmail.com .

NEWS ARCHIVE NOTE: this archival news content, issued by the news source via Send2Press Newswire, was originally located in the Send2Press® 2004-2015 2.0 news platform and has been permanently converted/moved (and redirected) into our 3.0 platform. Also note the story “reads” counter (bottom of page) does not include any data prior to Oct. 30, 2016. This press release was originally published/issued: Mon, 14 Apr 2014 20:09:52 +0000

View More California Business News
"I envisioned an underwater distress signal device in the form of a watch or hand instrument that could be worn on the body," says George A. McKinney, president and CEO, Better Life Technologies Group. "This signal coupled with GPS, vitality monitoring and swimmer identification technologies, would work together to form a solution."

LEGAL NOTICE AND TERMS OF USE: The content of the above press release was provided by the “news source” Better Life Technologies Group, Inc. or authorized agency, who is solely responsible for its accuracy. Send2Press® is the originating wire service for this story and content is Copr. © Better Life Technologies Group, Inc. with newswire version Copr. © 2014 Send2Press (a service of Neotrope). All trademarks acknowledged. Information is believed accurate, as provided by news source or authorized agency, however is not guaranteed, and you assume all risk for use of any information found herein/hereupon.