"The stories people told me about their tattoos during photo sessions were intriguing and as I began compiling them it grew into an entire film about the artists and the people who are their living canvasses," says Eric Schwartz.

SANTA FE, N.M., Oct. 10, 2014 (SEND2PRESS NEWSWIRE) — Art is usually thought to be painted on canvas or carved from granite but on Sunday, November 2, ink-on-flesh will be discussed at the New Mexico History Museum. Making a special appearance to tie-into the celebration of the museum’s “Painting the Divine” exhibition will be Eric Schwartz, director of the alternative lifestyle documentary feature film “Tattoo Nation.”

As part of the ongoing museum exhibition, “Painting the Divine: Images of Mary in the New World,” Mr. Schwartz will screen excerpts from “Tattoo Nation” and discuss how he was gradually allowed into the inner circle of Chicano artists where he learned about the prison practice of tattooing images of the Virgin Mary for divine protection, to pay respect, or to seek penance.

Music will be provided by Kenny Passarelli (Elton John, Stephen Stills, Joe Walsh, Hall & Oates) who will present a piece inspired by Our Lady of Guadalupe and Santa Fe’s Santuario de Guadalupe.

Museum curator Josef Diaz notes that the exhibition reveals “how faith sustained Spanish colonists in harsh and remote frontiers and how their religious art evolved in those places. The depiction of such powerful icons as the Virgin Mary can be inspirational in any medium of art,” Diaz stated.

Schwartz, a sculptor and photographer, began making the motion picture after becoming fascinated by the growing tattoo phenomenon. “The stories people told me about their tattoos during photo sessions were intriguing and as I began compiling them it grew into an entire film about the artists and the people who are their living canvasses.”

“Tattoo Nation” is emerging as the definitive look at how “ink” went from underground and illegal just a few years ago to mass acceptance and the status of art. The film has garnered rave reviews when screened at film festivals around the country and director Schwartz has appeared with the film at sold-out events on college campuses. 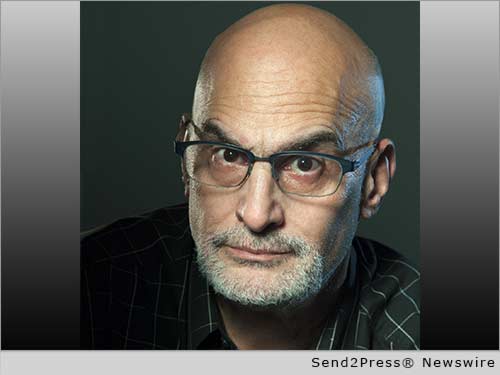 NEWS ARCHIVE NOTE: this archival news content, issued by the news source via Send2Press Newswire, was originally located in the Send2Press® 2004-2015 2.0 news platform and has been permanently converted/moved (and redirected) into our 3.0 platform. Also note the story “reads” counter (bottom of page) does not include any data prior to Oct. 30, 2016. This press release was originally published/issued: Fri, 10 Oct 2014 07:00:37 +0000

View More Entertainment News
"The stories people told me about their tattoos during photo sessions were intriguing and as I began compiling them it grew into an entire film about the artists and the people who are their living canvasses," says Eric Schwartz.

ABOUT THE NEWS SOURCE:
Eric Schwartz

LEGAL NOTICE AND TERMS OF USE: The content of the above press release was provided by the “news source” Eric Schwartz or authorized agency, who is solely responsible for its accuracy. Send2Press® is the originating wire service for this story and content is Copr. © Eric Schwartz with newswire version Copr. © 2014 Send2Press (a service of Neotrope). All trademarks acknowledged. Information is believed accurate, as provided by news source or authorized agency, however is not guaranteed, and you assume all risk for use of any information found herein/hereupon.