THE DROP 22 CHALLENGE – A Veteran Treatment and Suicide Prevention Drive

"We have extensive cooperation in the medical community, who are banding together and offering their services to provide a protocol of treatment without using drugs, adjunct to what is available through the VA, that is proving to be effective," says Dr. Richard Aronwald, Medical Director of New Focus Medicine.

NEW YORK and CHICAGO, May 22, 2015 (SEND2PRESS NEWSWIRE) — Government statistics have revealed a problem of epidemic proportion among our returning Military: a suicide rate of 22 Veterans a day. The cause of the problem is often Post Traumatic Stress Disorder and/or Traumatic Brain Injury, according to the non-profit Drop 22 Challenge organization.

This is a problem that as a nation, which has selflessly helped others, must be addressed in order to turn its attention toward home so that these returning heroes may be adequately treated. Many of these heroes have suffered physical injury as well as PTSD, and they deserve to heal and return to normal, productive lives.

The Drop 22 Challenge is a non-profit organization formed by an alliance in several cities of veteran’s groups, medical clinics, and mental health advocacy groups, to raise funds to provide immediate treatments that are not currently available through the Veteran’s Association to all who are in need.

According to Co-Founder Jason Redman, a twenty-plus-year Veteran and decorated Navy Seal, author of the book “The Trident,” and Director and Founder of the Combat Wounded Coalition and Wounded Wear, “As we approach Memorial Day, we are asking everyone, in honor of those who are dying at home each day, to do 22 push-ups in their honor, and donate $1 for each one they can do. We ask that participants record themselves and upload it to our site, then pass along the challenge to other friends, family, and co-workers. With help we can Drop 22 to Zero.”

Dr. Richard Aronwald, Medical Director of New Focus Medicine in New York and Chicago adds, “We have extensive cooperation in the medical community, who are banding together and offering their services to provide a protocol of treatment without using drugs, adjunct to what is available through the VA, that is proving to be effective.”

This consortium of non-profits have also recruited the help of numerous celebrities to help spread the message, from high profile TV personalities to current and former professional athletes, actors, comedians, and game show hosts, all of whom will do their push-ups on camera. The more media exposure The Challenge gains, the more lives we can positively impact.

All of the monies raised will go directly to the implementation of treatments. As Marcello Sozio, a Director at New Focus Medicine states, “The money you donate today goes immediately to treatments tomorrow.” 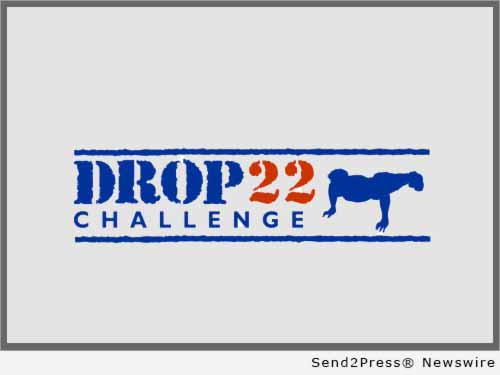 NEWS ARCHIVE NOTE: this archival news content, issued by the news source via Send2Press Newswire, was originally located in the Send2Press® 2004-2015 2.0 news platform and has been permanently converted/moved (and redirected) into our 3.0 platform. Also note the story “reads” counter (bottom of page) does not include any data prior to Oct. 30, 2016. This press release was originally published/issued: Fri, 22 May 2015 11:37:41 +0000

View More Fitness News
"We have extensive cooperation in the medical community, who are banding together and offering their services to provide a protocol of treatment without using drugs, adjunct to what is available through the VA, that is proving to be effective," says Dr. Richard Aronwald, Medical Director of New Focus Medicine.

ABOUT THE NEWS SOURCE:
Drop 22 Challenge

LEGAL NOTICE AND TERMS OF USE: The content of the above press release was provided by the “news source” Drop 22 Challenge or authorized agency, who is solely responsible for its accuracy. Send2Press® is the originating wire service for this story and content is Copr. © Drop 22 Challenge with newswire version Copr. © 2015 Send2Press (a service of Neotrope). All trademarks acknowledged. Information is believed accurate, as provided by news source or authorized agency, however is not guaranteed, and you assume all risk for use of any information found herein/hereupon.