The NAACP and Minority Media Community Collaborative are OUTRAGED at Time Warner Cable in Columbus!

Reverend Joel King, cousin of Rev. Dr. Martin Luther King said, “Time Warner Cable has hundreds of cable channels available and yet has refused to sign an agreement to carry local minority broadcasters. And to add insult to injury Time Warner Cable has snubbed our repeated requests for a meeting to discuss these minority community concerns.”

Noel Williams President of the Columbus NAACP states, “Time Warner Cable says that they believe in the power of community and value diversity in hiring, but with no space allocated to local minority channels, they do not apply these beliefs to their programming.”

The 2010 U.S. Census reports that nearly 40 percent of Columbus’ population is minority (28 percent African American, 6 percent Hispanic and 5 percent other) and they spend approximately $72 million dollars per year in cable service fees. Yet they are completely denied local minority programming. Time Warner Cable, which controls 60 percent of the Columbus cable market, recently merged with Insight Communications (30 percent of the market) and now has a virtual monopoly with 90 percent of the television cable services in Columbus, Ohio.

The Columbus NAACP and the MMCC says, “Time Warner’s mission statement says they are committed to serving the community. Yet they have no local minority programming channels available and have refused to meet with the NAACP and the MMCC! This kind of blatant disregard displayed by Time Warner Cable has the uncanny feeling of 1954 in the year 2013.” 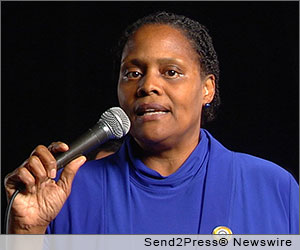 NEWS ARCHIVE NOTE: this archival news content, issued by the news source via Send2Press Newswire, was originally located in the Send2Press® 2004-2015 2.0 news platform and has been permanently converted/moved (and redirected) into our 3.0 platform. Also note the story “reads” counter (bottom of page) does not include any data prior to Oct. 30, 2016. This press release was originally published/issued: Fri, 18 Jan 2013 04:55:01 +0000

ABOUT THE NEWS SOURCE:
Columbus NAACP

LEGAL NOTICE AND TERMS OF USE: The content of the above press release was provided by the “news source” Columbus NAACP or authorized agency, who is solely responsible for its accuracy. Send2Press® is the originating wire service for this story and content is Copr. © Columbus NAACP with newswire version Copr. © 2013 Send2Press (a service of Neotrope). All trademarks acknowledged. Information is believed accurate, as provided by news source or authorized agency, however is not guaranteed, and you assume all risk for use of any information found herein/hereupon.