"The comedy tour is a way to introduce the public to our wildly talented cast of comedians and actors and build anticipation for the series debut," explains show Co-creator and writer Kim Glasgow.

DALLAS, Texas, Sept. 28, 2015 (SEND2PRESS NEWSWIRE) — Based on the hilarious book “You Can’t Make This Shit Up : Corporate America” by writer Sal Savello, the television series and comedy tour takes a satirical look at the antics and angst of climbing the ever elusive corporate ladder. Dallas, Texas-based creators are excited to announce the kick off the “Corporate America Comedy Tour” promoting the TV Series starring actor David O’Hara known for “The Departed,” “Braveheart” and TV Series “The Tudors.”

All of the performers are part of the exciting cast of the new half hour comedy series “Corporate America” set to begin production early 2016 with Films in Motion set to air 2016.

“The comedy tour is a way to introduce the public to our wildly talented cast of comedians and actors and build anticipation for the series debut,” explains show Co-creator and writer Kim Glasgow. “Demetrie King, Brian Schoby and the very funny actress and feature film producer Farah White, known for ‘Miss Congeniality,’ along with TV personality Vivian Fullerlove, will round out the cast.”

Adds Glasgow, “We encourage everyone to come out for the show, to meet the stars of ‘Corporate America’ and enjoy a great night of comedy!”

The public is also invited to meet the creators and cast prior to the show at 6:30 p.m. For more information or to purchase tickets, call Addison Improv at (972) 404-8501 or visit http://www.improvaddison.com/.

The cast of Corporate America is available for in studio interviews. 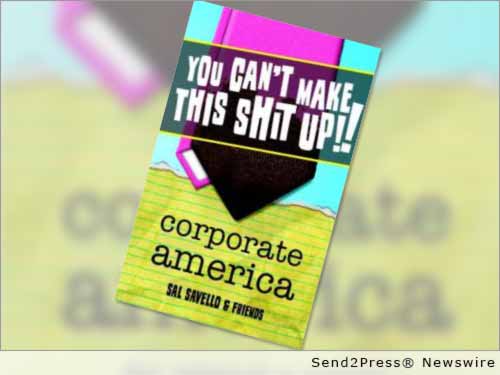 NEWS ARCHIVE NOTE: this archival news content, issued by the news source via Send2Press Newswire, was originally located in the Send2Press® 2004-2015 2.0 news platform and has been permanently converted/moved (and redirected) into our 3.0 platform. Also note the story “reads” counter (bottom of page) does not include any data prior to Oct. 30, 2016. This press release was originally published/issued: Mon, 28 Sep 2015 14:20:18 +0000

View More Dallas Business News
"The comedy tour is a way to introduce the public to our wildly talented cast of comedians and actors and build anticipation for the series debut," explains show Co-creator and writer Kim Glasgow.

LEGAL NOTICE AND TERMS OF USE: The content of the above press release was provided by the “news source” Corporate America Comedy Tour or authorized agency, who is solely responsible for its accuracy. Send2Press® is the originating wire service for this story and content is Copr. © Corporate America Comedy Tour with newswire version Copr. © 2015 Send2Press (a service of Neotrope). All trademarks acknowledged. Information is believed accurate, as provided by news source or authorized agency, however is not guaranteed, and you assume all risk for use of any information found herein/hereupon.