“The sound I was going for was meant to be dark, yet upbeat and contain a mysterious vibe,” reveals Adam on his “Dark Matter” effort. Indeed, he achieves that goal on the track that unites intriguing ethereal vibes with pulsating trance sounds. Inspired by the emotion and power of trance music, Katty wrote her own melody and lyrics to coalesce with Adam’s expansive vision. The result is a fierce vocal trance opus. Adam’s own idiosyncratic style creates a unique sonic space for Katty’s inspired vocals to thrive and heighten the “Dark Matter” experience.

The trance scene has definitely evolved tremendously since its beginnings as a subgenre emerging in large part from techno and continues to go in interesting directions. “Trance music often possesses the ability to take the listener to another place and time,” explains Katty. With Adam’s self-described “upbeat and melodic” sound, Katty’s tight “Dark Matter” vocals take the listeners on a journey into her purposeful storytelling world. “I do feel that adding vocals can bring more life and emotion to a track,” elaborates Adam. As listeners enjoy the track, they are sure to feel that emotion in their own right.

“Dark Matter” featuring Katty McGrew by Adam Morris was released on December 15, 2015 via Valiant Horizon. It is available on major online retail outlets including iTunes and Amazon: https://www.amazon.com/gp/product/B0198SUO78/.

Based in Los Angeles, Katty McGrew is a songwriter, producer, and recording artist who possesses extreme vocal versatility, control, punch and power. She hails from a background of EDM, pop, rock, trip-hop, indie electro as well as R&B and can easily adapt her voice to fit many styles and grooves. Katty is currently working on her self-produced and self-written album. Learn more about Katty: https://soundcloud.com/kattymcgrew.

Adam Morris is an up-and-coming EDM musician based in Los Angeles. Born and raised in southern California, he showed an interest in music at an early age. He taught himself how to play guitar and drums but interestingly didn’t show an in electronic music at that point in time. That is until hearing trance from a friend for the first time. After growing a love for the genre, Adam built a desire to create music of his own, incorporating the same emotion he felt produced by trance legends such as Paul van Dyk, Armin van Buuren, Markus Schulz and others. Adam’s style creates an upbeat feel, while adding soothing melodies into each of his tracks. He strives to add that missing element which is lost in a lot of electronic music today. And Valiant Horizon to be a part of Adam’s unique journey and exciting mission. Learn more about Adam: https://soundcloud.com/amm_79.

Valiant Horizon is an emerging U.S.based brand out of Atlanta, Georgia USA. As both a music label and production unit, the company has a mission to deliver quality topnotch releases in the house, techno and trance genres for the worldwide dance music community. Navigating through everything from daring progressive territory to upfront high energy, the Valiant Horizon music label seeks to probe and champion the compelling panorama of today’s dynamic electronic dance music scene with an exciting 2015-16 musician roster. With many subgenres emerging in the techno and house as well trance spaces now, possibility and strategy intersect at a particularly unique crossroads today that allow us to push the boundaries of sound and innovation in the dance music realm further in very profound ways. Indeed, this is definitely a perfect opportunity to “Brace Up” as the 2015-16 Valiant Horizon brand campaign invites us to do exactly just that. Learn more about Valiant Horizon: https://www.facebook.com/valianthorizon. 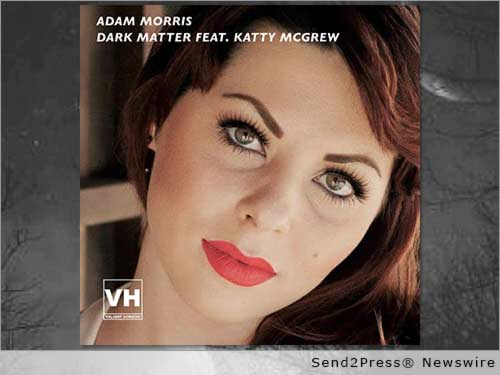 NEWS ARCHIVE NOTE: this archival news content, issued by the news source via Send2Press Newswire, was originally located in the Send2Press® 2004-2015 2.0 news platform and has been permanently converted/moved (and redirected) into our 3.0 platform. Also note the story “reads” counter (bottom of page) does not include any data prior to Oct. 30, 2016. This press release was originally published/issued: Tue, 22 Dec 2015 16:22:39 +0000

LEGAL NOTICE AND TERMS OF USE: The content of the above press release was provided by the “news source” Valiant Horizon or authorized agency, who is solely responsible for its accuracy. Send2Press® is the originating wire service for this story and content is Copr. © Valiant Horizon with newswire version Copr. © 2015 Send2Press (a service of Neotrope). All trademarks acknowledged. Information is believed accurate, as provided by news source or authorized agency, however is not guaranteed, and you assume all risk for use of any information found herein/hereupon.