ATLANTA, Ga., Nov. 18, 2014 (SEND2PRESS NEWSWIRE) — Valiant Horizon announces KlangKellerZeit as a new artist on the label roster. With a DJ background in addition to his producer role, he brings more excitement to the Valiant Horizon family with a deep house and dark techno sound that helps the label continue pioneering unique trends in the electronica space. Coming from Grunstadt, Germany, KlangKellerZeit showcases the signature style of German house music but with his own idiosyncratic spin on it.

KlangKellerZeit’s first Valiant Horizon release is the “Froh Sinn” single. This new release is an enticing journey into dark and deep house places with its thumping beats and intriguing sonic flair. Going from techno grooves to classic house vibes, the young German DJ/producer has set his sights on inspiring listeners with his own exciting vision of what electronica can be today.

Be sure to check out the “Froh Sinn” from KlangKellerZeit on Valiant Horizon: https://itunes.apple.com/us/album/froh-sinn/id942848235.

About KlangKellerZeit:
KlangKellerZeit is a DJ/producer hailing from Grunstadt, Germany. His sound hovers in the deep house and tech spaces of the electronic dance music realm. KlangKellerZeit has been influenced by a number of artists in the electronica space including Paul Kalkbrenner, Felix Krocher und Fritz Kalkbrenner. Since starting in the production world, he has created a number of enticing EDM tracks including “Black,” “Train” and also “Froh Sinn” – which is his first release on the Valiant Horizon label.

About Valiant Horizon:
Valiant Horizon is an emerging U.S.-based brand out of Atlanta, Georgia. As both a music label and production unit as well as communications organization, the company has a mission to deliver quality top-notch releases in the house, techno and trance genres for the worldwide dance music community. Navigating through everything from daring progressive territory to upfront high energy, the Valiant Horizon music label seeks to probe and champion the compelling panorama of today’s dynamic electronic dance music scene with an exciting 2014-15 musician roster. 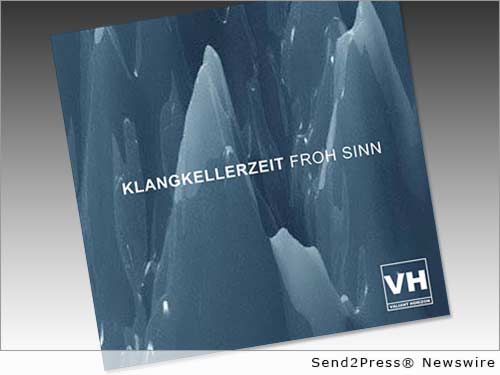 NEWS ARCHIVE NOTE: this archival news content, issued by the news source via Send2Press Newswire, was originally located in the Send2Press® 2004-2015 2.0 news platform and has been permanently converted/moved (and redirected) into our 3.0 platform. Also note the story “reads” counter (bottom of page) does not include any data prior to Oct. 30, 2016. This press release was originally published/issued: Tue, 18 Nov 2014 19:58:50 +0000