The single is nice mix of pleasing electronic sounds amped up with exciting breaks and epic sounds. “Now” is set to be released digitally worldwide via Valiant Horizon on June 24, 2014. Be on the lookout for the single via major online music outlets including Amazon, iTunes, Google Plus and Spotify.

About M.I.T.:
M.I.T. (Men in Tuxedos) is a dance music project out of Jena, Germany consisting of EDM producer/DJ Big along with dubstep and drum-n-bass producer/DJ Small. These two EDM artists started making music together just this year in 2014 as M.I.T. with their lofty and inspiring goal to spread great pumpin’ dance tracks all over the world! Their big release for Summer 2014 is called “Now” featuring Valiant Horizon artist Terry Sartor on vocals. “Now” is a big club banger that is designed to please big room dance floors and EDM fans alike with its impressive electro-house sound and get-the-party-started lyrics. Be on the lookout for the release of “Now” on Valiant Horizon in June 2014.

About Terry Sartor:
Terry Sartor has been on the EDM scene for many years now. With residencies across a number of major U.S. markets, his DJ work has included prominent dance music venues in Miami Beach, Fort Lauderdale, Savannah and Atlanta. Breaking out into the artist world with his homage to show business and very own EDM anthem “Industry,” Terry’s club banger made waves across the world in 2013 continuing into 2014 with major support since its release from a slew of DJ/producers around the globe including DJ Last Sunlight (Argentina), Paul Vinitsky (Russia), DJ Joe Gauthreaux (USA), Odonbat (Mongolia), Sean Mathews (UK), Fredi Inglish (UK), Lorchee (Poland), Milosz-B (Poland) and Alex Slane (UK) just to name a few.

Produced by his production outfit Thought Leaders and presented by the emerging Valiant Horizon music label, this progressive house track along with a set of remixes including trance confidently casts Terry’s inspired vocals over sophisticated robotic dance grooves strategically aligned with upfront techno bravado and airtight tribal flair. There are a number of 2014 projects in the works for Terry in conjunction with his label Valiant Horizon including American Strategy and Hot Mess Posse. 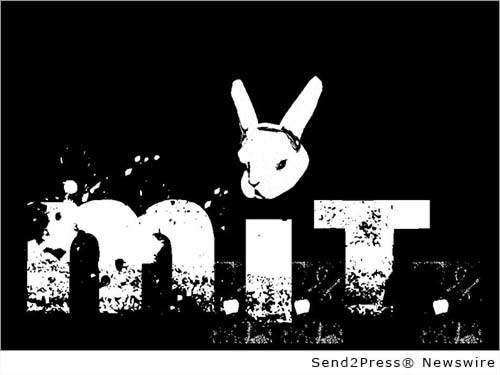 NEWS ARCHIVE NOTE: this archival news content, issued by the news source via Send2Press Newswire, was originally located in the Send2Press® 2004-2015 2.0 news platform and has been permanently converted/moved (and redirected) into our 3.0 platform. Also note the story “reads” counter (bottom of page) does not include any data prior to Oct. 30, 2016. This press release was originally published/issued: Tue, 24 Jun 2014 18:55:08 +0000