"I feel that it is important to continue expanding your sound and challenging musical styles while working with other artists who share your vision," states Sartor on his latest music turn.

Now with the just released new remixes, “Ready” is taken to new and exciting heights by a slew of techno and house DJ/producers. Lars Becker (Gifhorn, Germany) brings a hard-driving and powerful techno groove to the “Ready” track. LoccoGee (Greuben, Germany) turns the track into a suave tech house number with plenty of pleasing EDM sounds for listeners. Xadis (Friedrichroda, Germany) takes a joyful techno ride mixed in with punchy house sounds. Original “Ready” producer Klark even gets in on the remix action with his trippy, dubby and techno journey.

“Ready” is the second single from Terry Sartor. As the follow-up to his first single “Industry,” “Ready” is an interesting departure from his deep techno sound. “I feel that it is important to continue expanding your sound and challenging musical styles while working with other artists who share your vision,” states Sartor on his latest music turn. Although entrenched in dubstep, “Ready” pulls from other facets in the EDM space that do resonate and nicely complement Sartor’s music style over the years. Working with the very talented Klark, Sartor was able to take his sound to a new and exciting level that is nice direction for his musical career. The lyrics aim to inspire listeners to not only get “Ready” for some serious dance grooves but also get “Ready” to take their goals and aspirations higher.

Terry Sartor has been on the EDM scene for many years now. With residencies across a number of major U.S. markets, his DJ work has included prominent dance music venues in Miami Beach, Fort Lauderdale, Savannah and Atlanta. Breaking out into the artist world with his homage to show business and very own EDM anthem “Industry”, Terry’s club banger made waves across the world in 2013 continuing into 2014 with major support since its release from a slew of DJ/producers around the globe including DJ Last Sunlight (Argentina), Paul Vinitsky (Russia), DJ Joe Gauthreaux (USA), Odonbat (Mongolia), Sean Mathews (UK), Fredi Inglish (UK), Lorchee (Poland), Milosz-B (Poland), Asla (Morocco), Miracala (Hungary), Zolaren FT (Mexico), Fernansel (Chile) and Alex Slane (UK) just to name a few. Produced by his production outfit Thought Leaders and presented by the emerging Valiant Horizon music label, this progressive house track along with a set of remixes including trance confidently casts Terry’s inspired vocals over sophisticated robotic dance grooves strategically aligned with upfront techno bravado and airtight tribal flair. There are a number of 2014 projects in the works for Terry in conjunction with his label Valiant Horizon including American Strategy and Hot Mess Posse. In addition, Terry has a single with German EDM act M.I.T. called “Now” set to be released on June 24, 2014 via Valiant Horizon. So be on the lookout for more from Valiant Horizon artist Terry Sartor in 2014. Learn more about Terry Sartor:
https://facebook.com/terrysartormusic.

Jerome Klark is a producer, DJ and breakdancer from Jena City, Germany. With a number of music projects already to his credit, the young German producer has already covered a lot of important ground n the EDM space. Jerome’s career as a producer began in 2011 focusing on electronica, drum-n-bass and dubstep. Working with fellow German producer Kenny Laakkinen, Klark headed into big music production resulting in winning a remix contest in 2013 for the group Under Burning Skin (Efurt, Germany). Laakkinen and Klark are also together known as the production unit M.I.T. (Men In Tuxedos). In May 2014, Klark released his first single “We’ll Be” with German artist Stefan Noack. Starting in 2014 Jerome began to work with DJ/producer/vocalist Terry Sartor. They have two releases scheduled to come out in June 2014. Klark produced Sartor’s track “Ready” – which is set for release on June 17, 2014 via Valiant Horizon. “Now” is an electro-house track by M.I.T. featuring Terry Sartor scheduled for release on June 24, 2014 through Valiant Horizon. Learn more about Jerome Klark: https://soundcloud.com/jerome-klark.

Whether house, electro and techno, Lars Becker enjoys the spectrum of electronic music. At a very young age, the busy DJ/producer felt very drawn to music. In 1999, Lars started out to build a hip hop community with friends. However, the project turned in a different and interesting direction by 2001. The first Rave (Reincarnation) in Hannover, happened. Lars developed the urge to play his own style of electronic music with his own individual personality on it. Since the spring of the year 2012, he has been a member of an Internet radio station called Clubtunes.fm. Lars became a deputy Radio Head in April 2013 because of his great enthusiasm. And inspired by Chris Liebing, Umek and TorstenKanzler, Lars has continued to develop his own brand of techno – which is signified by a driving beat and a nice rolling bass. By working with Clubtunes.fm, he got in touch with “Kenny Laakkinen,” who now supports and promotes him. Lars recently remixed “Ready” by Valiant Horizon artist Terry Sartor (USA) and produced by Jerome Klark (Germany). Info: https://soundcloud.com/larsbecker.

LoccoGee is also known as Sven Gareis. Taking on many roles in the Electronic Dance Music (EDM) space, he is a DJ, producer and organizer of Main Events. LoccoGee is also the founder of the Tinitus79 agency, Sound der Heimat and the Project: Sugar & Candy. For over fifteen years, LoccoGee has been successful in organizing music events. Indeed, he has proven himself to be an all-around talent in the music business. LoccoGee’s events draw hundreds of enthusiastic young people because he deeply understands their music desires with his careful selections of great line-ups and programming. LoccoGee is known for his sets of quiet yet driving house and electro sounds that move the masses in a kind of ecstasy that only ends when he has to go away from his decks. Beyond DJing, he is also making waves in the EDM world with a number of stellar remixes including ones from U.S.-based EDM DJ/producer/vocalist Terry Sartor and also electronica artist Heartlinger. So be on the lookout for LoccoGee in 2014 and beyond! Learn more about LoccoGee: https://soundcloud.com/loccogee. 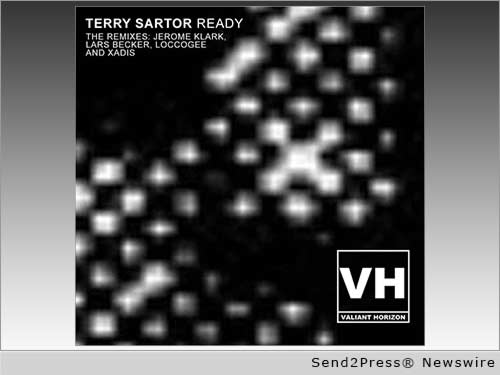 NEWS ARCHIVE NOTE: this archival news content, issued by the news source via Send2Press Newswire, was originally located in the Send2Press® 2004-2015 2.0 news platform and has been permanently converted/moved (and redirected) into our 3.0 platform. Also note the story “reads” counter (bottom of page) does not include any data prior to Oct. 30, 2016. This press release was originally published/issued: Tue, 29 Jul 2014 14:13:17 +0000

View More Atlanta Business News
"I feel that it is important to continue expanding your sound and challenging musical styles while working with other artists who share your vision," states Sartor on his latest music turn.