"Poor leadership and nonexistent oversight allowed veterans issues to worsen for years. They won't be fixed with election-year patches," says John Krause. "From what we're seeing, incumbent politicians have done the bare minimum to carry them through election season. They're calling this emergency funding. Guess what - they created this emergency to begin with."

“Poor leadership and nonexistent oversight allowed veterans issues to worsen for years. They won’t be fixed with election-year patches,” says Krause. “From what we’re seeing, incumbent politicians have done the bare minimum to carry them through election season. They’re calling this emergency funding. Guess what – they created this emergency to begin with.

“What happens when new veterans end up in the same boat next year? How can we trust Congress to do the right thing when they let it slide this long?”

* A $360 million PER YEAR authorization for Veterans Administration bonuses.

* A private consultant contract with an unspecified payout ceiling to report on VA processes.

* An unpaid study by a specific technology industry advocacy group to gauge whether the VA should buy “off the shelf” technology products.

“Why is any government employee who already gets excellent tax-subsidized benefits getting a bonus to do their job?” Krause stated. “People in the private sector aren’t getting bonuses during a depression.”

“This new Committee and the consulting contract – where’s the money coming from for those?” Krause asks. “I’ll tell you where – from regular VA funding.

“These handouts will cost millions that could be going towards veterans,” he predicted. “Why do we employ thousands of Federal Service Resource Management personnel if we’re going to be contracting studies out?

“And why do we need another paid committee to oversee the VA? We already have a paid Committee who aren’t doing their jobs. It’s called Congress. Now they’re handing out millions in Executive salaries for yet another layer of bureaucracy to do their work for them? This committee is supposed to last 7 months: what are the odds it’s extended to a long-term jobs program for special friends and relatives?”

“This sounds like they already have political donor friends in mind. That’s more handouts to cronies cutting into money that could go for medical care. I’ve seen at least one guy who the VA won’t pay for a leg replacement. But they have millions for their consultant friends? They’re letting an industry group decide whether taxpayers need to buy industry products? It’s deplorable business as usual.”

Private hospital funding should be the priority, says Krause.

“What happens when they run out of money for private care?” Krause says. “That’s the greatest need and that’s the most bangs for the buck. Why not just put funding towards care and treatment in private hospitals instead of VA payroll?” 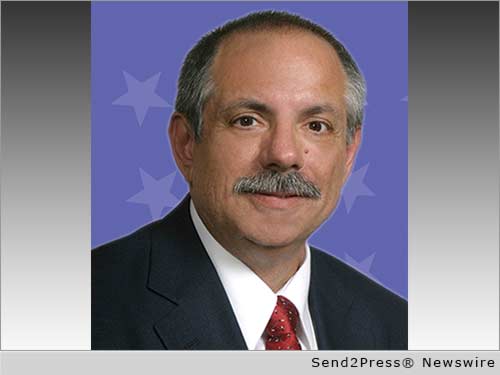 NEWS ARCHIVE NOTE: this archival news content, issued by the news source via Send2Press Newswire, was originally located in the Send2Press® 2004-2015 2.0 news platform and has been permanently converted/moved (and redirected) into our 3.0 platform. Also note the story “reads” counter (bottom of page) does not include any data prior to Oct. 30, 2016. This press release was originally published/issued: Mon, 04 Aug 2014 14:13:24 +0000

View More Defense and Military News
"Poor leadership and nonexistent oversight allowed veterans issues to worsen for years. They won't be fixed with election-year patches," says John Krause. "From what we're seeing, incumbent politicians have done the bare minimum to carry them through election season. They're calling this emergency funding. Guess what - they created this emergency to begin with."

LEGAL NOTICE AND TERMS OF USE: The content of the above press release was provided by the “news source” John Krause Private Investigator or authorized agency, who is solely responsible for its accuracy. Send2Press® is the originating wire service for this story and content is Copr. © John Krause Private Investigator with newswire version Copr. © 2014 Send2Press (a service of Neotrope). All trademarks acknowledged. Information is believed accurate, as provided by news source or authorized agency, however is not guaranteed, and you assume all risk for use of any information found herein/hereupon.