"This cutting-edge technology ... will have a significant impact in many consumer, medical, and industrial services and products," said Terry McGarty, co-founder of Vexti.

BOSTON, Mass., Sept. 9, 2015 (SEND2PRESS NEWSWIRE) — Vexti Corporation announced on July 21, 2015 it has entered into a licensing agreement with Northeastern University and Brown University based on research and intellectual property in the fields of antimicrobial surface coating and surface modification technologies.

The license includes rights to patents developed at both Brown University and Northeastern University, and was executed as a multi-party agreement.

“This cutting-edge technology developed by professor Thomas Webster, formerly at Brown University and currently the Art Zafiropoulo Chair in Engineering and chair of the Department of Chemical Engineering at Northeastern University, will have a significant impact in many consumer, medical, and industrial services and products,” said Terry McGarty, co-founder of Vexti.

Vexti is a startup company focused on the commercialization of nanotechnology. The company’s initial focus will be on the development of products for the consumer, medical, and industrial markets. 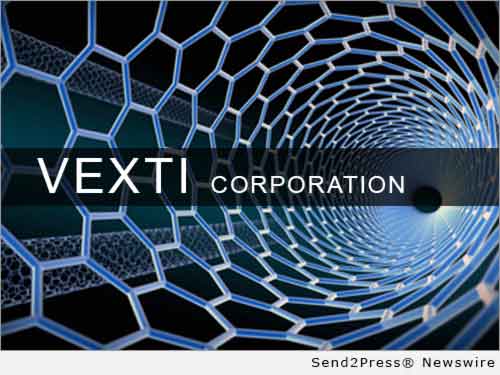 NEWS ARCHIVE NOTE: this archival news content, issued by the news source via Send2Press Newswire, was originally located in the Send2Press® 2004-2015 2.0 news platform and has been permanently converted/moved (and redirected) into our 3.0 platform. Also note the story “reads” counter (bottom of page) does not include any data prior to Oct. 30, 2016. This press release was originally published/issued: Wed, 09 Sep 2015 06:00:06 +0000

View More Boston Business News
"This cutting-edge technology ... will have a significant impact in many consumer, medical, and industrial services and products," said Terry McGarty, co-founder of Vexti.

ABOUT THE NEWS SOURCE:
Vexti Corporation

LEGAL NOTICE AND TERMS OF USE: The content of the above press release was provided by the “news source” Vexti Corporation or authorized agency, who is solely responsible for its accuracy. Send2Press® is the originating wire service for this story and content is Copr. © Vexti Corporation with newswire version Copr. © 2015 Send2Press (a service of Neotrope). All trademarks acknowledged. Information is believed accurate, as provided by news source or authorized agency, however is not guaranteed, and you assume all risk for use of any information found herein/hereupon.