NEW YORK, N.Y., Nov. 10, 2014 (SEND2PRESS NEWSWIRE) — Losing a job doesn’t need to be quite the challenge that it was in the past. And, the same is true for people who are concerned that their age will keep them from getting considered for jobs they could handle very well, says author Robert Gerberg, one of America’s foremost authorities on professional job hunting.

The U.S. Labor Department has stated that more than one in two people will find themselves unemployed twice during their career, and more than 75 percent of professionals and executives will encounter this at least once. In fact, when it comes to C-level jobs, turnover is at a much higher rate than other occupations.

In this new e-book, “What to Do If You’re Unemployed or Have Age Concerns – 2015 Edition: For people seeking $60,000 to $500,000,” which is available on Amazon.com for $3.95 (Kindle Edition), Mr. Gerberg’s philosophy is that when you find yourself between jobs you truly have enough time to do an aggressive search and do it right.

1. Turning down your first offer. Even if it is not everything you hope for, experience has proven that it’s wise to give it careful consideration — and in some cases, take the job and continue your campaign privately.

2. Not being skeptical. This is the reverse of the previous point. If a position is obviously not right for you, if it clearly presents little challenge, allows for limited personal growth, then say, “no thank you.”

3. Being unwilling to relocate. If it’s a really good offer, sometimes it’s better to go where new firms and industries are. While it’s difficult to leave good friends behind, most people adjust far better than they realize.

4. Not seeking and accepting enough introductions. Most people want to help friends. And don’t forget that it makes people feel good to know that they’ve done something to support your efforts.

5. Don’t feel sorry for yourself. It’s a normal reaction, but the only one hurt by these emotions is you.

6. Don’t hold out for unrealistic income. Consider a two-step move. Get to work in a new environment and keep your resume in circulation.

7. Not considering a new career. If your present occupation or industry is on the decline, get into an area where opportunities are growing. You’ll be a lot happier in the long run.

8. Allowing your health to slip. Physical fitness and attitude go hand in hand. And, when you’re out of work, maintaining a positive attitude counts a lot.

9. Displaying a bad mood. A bad mood will only alienate those trying to help you — and people who are genuinely impressed by your credentials.

10. Allowing financial pressure to cause inertia. Financial pressures are perhaps the toughest to withstand. Don’t freeze up and become inactive. And, don’t be afraid to borrow or take temporary work.

In this book, Mr. Gerberg also deals quite extensively with people who have serious age concerns. Most of his focus is on how others in their 50s, 60s and even in their 70s, have overcome this liability and gone on to achieve great success. 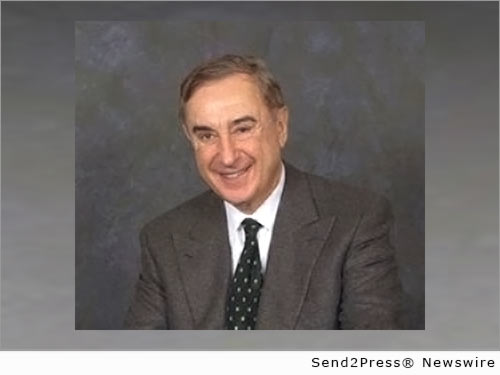 Robert James Gerberg is among America’s foremost authorities on professional job hunting. For more than 25 years he has authored dozens of books and multimedia presentations. He is also the creator of the TAPIT Worldwide System — a way for people to instantly connect with 97 percent of all jobs that are advertised anywhere in the U.S. — and also recent continuous daily leads and contacts.

His current e-books available on Amazon include “20 New Rules for Job Hunting Success,” “An Easier Way to Change Jobs,” “The 12 Most Popular New Career Directions for Executives,” “The Ultimate Guide to Interviewing and Negotiating,” “What To Do If You’re Unemployed or Have Age Concerns,” “2015 Career Guide for People Leaving Education, the Military or Wall Street,” and “Outstanding New Style Resumes and Letters.”

*PHOTO for media: send2press.com/wire/images/14-1110-unemployed-300dpi.jpg .
*PHOTO Caption: Book jacket (ebook), “What to Do If You’re Unemployed or Have Age Concerns – 2015 Edition” by Robert James Gerberg.

Alternate Headline: Now in Kindle Edition ‘What to Do If You’re Unemployed or Have Age Concerns – 2015 Edition’

NEWS ARCHIVE NOTE: this archival news content, issued by the news source via Send2Press Newswire, was originally located in the Send2Press® 2004-2015 2.0 news platform and has been permanently converted/moved (and redirected) into our 3.0 platform. Also note the story “reads” counter (bottom of page) does not include any data prior to Oct. 30, 2016. This press release was originally published/issued: Mon, 10 Nov 2014 07:58:29 +0000