"With millions of dogs waiting in shelters and foster homes every day for a loving home, I had to do something more than share a Facebook post to help," Wigglebutt Warriors founder, Carol Bryant said.

The one and only Chloe Kardoggian™ will attend Wigglebutts Uncorked as an exclusive dog media member. In addition, top dogs and cats that are well known on social media will be in attendance.

“With millions of dogs waiting in shelters and foster homes every day for a loving home, I had to do something more than share a Facebook post to help,” Wigglebutt Warriors founder, Carol Bryant said. “Teaching dog rescue groups how to fundraise through creative means is one of our primary goals; that and saving dogs’ lives.”

Dexter the Wigglebutt Warrior will escort his moms down the aisle for the formal celebration of their marriage. After being together for 20 years, his moms are legally able to wed and will renew their vows during a portion of the evening’s festivities.

In 2013, Bryant hosted the Wigglebutt Wedding, followed by Wigglebutts Go Hollywoof in 2014. To date, Wigglebutt Warriors has raised almost $50,000 for dogs in need.

Sponsors have stepped up to lend a hand and donate their time, services, and goods in support of Wigglebutts Uncorked. Highlights of the evening include:
* “Smorgasbark “for all dogs in attendance courtesy Dr. Harvey’s;
* A “Best Day Ever” presentation to benefit rescue dog, Baby Joey, by Merrick Pet Care;
* The Wiggy Awards sponsored by My Pet Harmony;
* Prizes and surprises from Mutt Mitt and P.L.A.Y., Pet Lifestyle and You;
* Walking the red carpet and posing for “paw”-parazzi;
* Special singing performance by PupScouts;
* Swag bags, raffles, diamond necklace giveaway, and dancing.

“For many, dogs are the new kids, and being creative about how to raise funds and call attention to homeless and abused dogs is crucial,” said Bryant. “Being able to dress up in fancy couture and enjoy a night out with your dog is on the bucket list of many dog moms and dads. We love being able to support dogs in need while celebrating those pups with which we share our lives.”

A complete list of sponsors and details may be found at http://FidoseofReality.com/.

Media is welcome with advance notice. Photos and interviews available on request.

About Carol Bryant:
“A dog lover of the highest order,” is how Gayle King introduced Carol when she, along with her Cocker Spaniel, Dexter, appeared on Oprah Radio’s Gayle King show to dish dogs. A frequent media contributor, Carol has appeared on television, radio, and in print. A repeat nominee from the Dog Writers Association of America, Carol also writes for various pet publications and maintains her own canine-centric magazine style dog blog: FidoseofReality.com. She is the Social Media and Marketing Manager for BlogPaws pet blogger social media community and conferences.

About NYC Second Chance Rescue:
Second Chance Rescue was formed in 2009 on the belief that all animals deserve care and love and no animal should ever be abused, neglected, or homeless. Their mission is to facilitate the adoption/re-homing of animals that have been abandoned by their former owners and to place them in new loving homes. More information can be found at http://www.nycsecondchancerescue.org/. 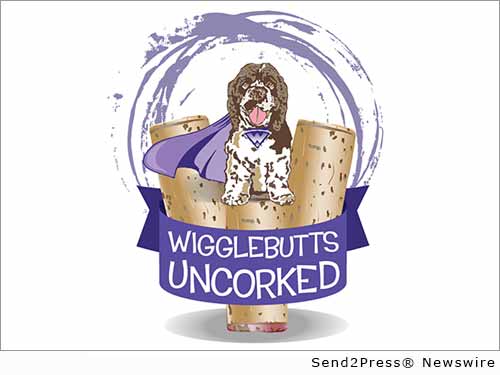 NEWS ARCHIVE NOTE: this archival news content, issued by the news source via Send2Press Newswire, was originally located in the Send2Press® 2004-2015 2.0 news platform and has been permanently converted/moved (and redirected) into our 3.0 platform. Also note the story “reads” counter (bottom of page) does not include any data prior to Oct. 30, 2016. This press release was originally published/issued: Wed, 13 Apr 2016 14:31:09 +0000

View More Food and Beverage News
"With millions of dogs waiting in shelters and foster homes every day for a loving home, I had to do something more than share a Facebook post to help," Wigglebutt Warriors founder, Carol Bryant said.

ABOUT THE NEWS SOURCE:
Wigglebutt Warriors

LEGAL NOTICE AND TERMS OF USE: The content of the above press release was provided by the “news source” Wigglebutt Warriors or authorized agency, who is solely responsible for its accuracy. Send2Press® is the originating wire service for this story and content is Copr. © Wigglebutt Warriors with newswire version Copr. © 2016 Send2Press (a service of Neotrope). All trademarks acknowledged. Information is believed accurate, as provided by news source or authorized agency, however is not guaranteed, and you assume all risk for use of any information found herein/hereupon.