"We are so honored to have been chosen out of the many other wonderful rescue organizations as the recipient of the Wigglebutt fundraiser," says Jennifer Brooks, president and founder of Second Chance Rescue NYC.

On the heels of 2013’s Wigglebutt Wedding and 2014’s Wigglebutts Go Hollywoof, Fidose of Reality founders Carol and Darlene Bryant are once again rolling out the red carpet for rescue dogs. The Brotherhood Winery in Washingtonville, New York will host the event in The Grand Monarque Hall, an early 19th-century building with towering ceilings and antique wrought-iron chandeliers – under which there will be hors d’oeuvres, a dinner buffet, dancing, prizes, a silent auction, and the first-ever Wigglebutts Got Talent Show.

An open call went out in March seeking a U.S.-based 501(c)3 dog rescue group as the benefactor of Wigglebutts Uncorked. “We closely read through the stories of dogs in need of forever homes,” says co-founder Carol Bryant. “In a perfect world, Wigglebutt Warriors would fundraise for all dogs in need. It was no easy task, but ultimately we are happy to report that the group who will benefit from Wigglebutts Uncorked is Second Chance Rescue.”

Jennifer Brooks founded Second Chance Rescue in 2009 on the firm belief that all animals deserve to be loved and cared for. Their mission is to rehabilitate and re-home animals that have been abandoned or neglected by their former owners – many of which have serious medical issues and/or are on “death row” at municipal shelters – and are 100 percent not-for-profit.

Adds Bryant, “We are so excited to work with this dynamo who loves dogs!”

“We are so honored to have been chosen out of the many other wonderful rescue organizations as the recipient of the Wigglebutt fundraiser,” says Jennifer Brooks, president and founder of Second Chance Rescue NYC. “It is our hope to raise much needed funds to continue our endeavor in saving many deserving animals – as well as use this opportunity to spread awareness and educate the public on the plight of animals in this city, let alone the country. This will be a beautiful and historical evening.”

Wigglebutts Uncorked will take place on Saturday, April 16, 2016, from 6-10 p.m. The attire is dressy and well-behaved dogs are welcome. For more information and to buy tickets, please visit http://fidoseofreality.com/ or visit: http://fidose.com/1IKz3XG. Local group rate on hotel accommodations are available.

About Wigglebutt Warriors:
Wigglebutt Warriors® is the fundraising arm of FidoseofReality.com. Founders Carol and Darlene Bryant have raised over $40,000 for homeless cocker spaniels to assist with medical, food, and basic needs until they find their forever homes. Along with their cocker spaniel, Dexter, they are crusading to save dogs’ lives.

About Second Chance Rescue:
Second Chance Rescue is a New York-based 501(c)3 nonprofit whose mission is to facilitate the adoption of animals that have been abandoned by their former owners. They protect and ensure the long-term well-being of rescued animals by placing them in foster homes or private boarding facilities where they are rehabilitated and cared for until a permanent home is found. Learn more at: http://www.nycsecondchancerescue.org/ or on Facebook page: Second Chance Rescue NYC dogs, at https://www.facebook.com/SecondChanceRescueNycDogs. 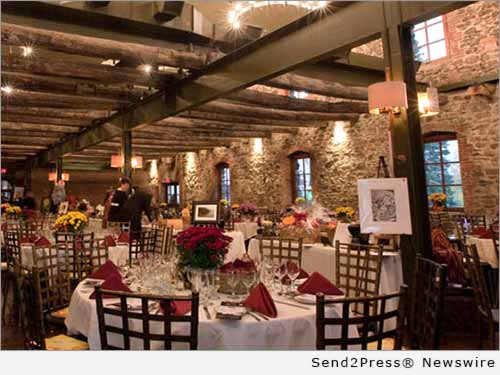 NEWS ARCHIVE NOTE: this archival news content, issued by the news source via Send2Press Newswire, was originally located in the Send2Press® 2004-2015 2.0 news platform and has been permanently converted/moved (and redirected) into our 3.0 platform. Also note the story “reads” counter (bottom of page) does not include any data prior to Oct. 30, 2016. This press release was originally published/issued: Wed, 17 Jun 2015 08:00:44 +0000

View More Internet and Websites News
"We are so honored to have been chosen out of the many other wonderful rescue organizations as the recipient of the Wigglebutt fundraiser," says Jennifer Brooks, president and founder of Second Chance Rescue NYC.

ABOUT THE NEWS SOURCE:
Wigglebutt Warriors

LEGAL NOTICE AND TERMS OF USE: The content of the above press release was provided by the “news source” Wigglebutt Warriors or authorized agency, who is solely responsible for its accuracy. Send2Press® is the originating wire service for this story and content is Copr. © Wigglebutt Warriors with newswire version Copr. © 2015 Send2Press (a service of Neotrope). All trademarks acknowledged. Information is believed accurate, as provided by news source or authorized agency, however is not guaranteed, and you assume all risk for use of any information found herein/hereupon.