"If all of the organizations dedicated to women's advancement worked together we would collectively accelerate the enormous global impact that women can make," said WomenLEAD, CEO and Founder, Ilene Fischer.

BOSTON, Mass., March 12, 2013 (SEND2PRESS NEWSWIRE) — WomenLEAD, Inc announced today their partnership with Sandberg’s LeanIn to revolutionize mentorship with a powerful woman-to-women online network. Boston-based WomenLEAD is committed to disrupting and revolutionizing the career mentorship model with an online network and personal advisory board platform, for women by women.

By Partnering with LeanIn, WomenLEAD will be able to make a bigger impact in the world and fulfill its mission: To create and accelerate gender parity in the workplace; to make a positive financial impact on the global economy by establishing a network in which women support women in developing themselves as local to global leaders.

WomenLEAD, CEO and Founder, Ilene Fischer knows what it takes to create leaders. With 20 years in leadership development and organizational change working with management gurus Peter Senge and Tom Peters, she said, “If all of the organizations dedicated to women’s advancement worked together we would collectively accelerate the enormous global impact that women can make. I applaud Sandberg’s ‘LeanIn’ for publicly supporting the advancement of women as leaders, Leaning into their career; and creating a foundation for the success of families, communities and economies.”

WomenLEAD was launched to address issues of gender parity. In the U.S. for entry level professional positions there is gender parity, yet there are only 14 percent women in the in executive positions. Individually women need to accelerate in becoming local to global leaders. Organizations need support in retaining and advancing women.

WomenLEAD will:
* Offer access to a personally customized 20-member advisory board who will know member challenges, strengths and aspirations; bringing collective experience and wisdom to support their goals.
* Participate in communities organized around industry, job function, and special areas of concern.
* Develop new perspectives and skills through a rich library of training videos and reference material.

To find out more and get early access to WomenLEAD, simply submit your email at: http://www.womenleadinc.com/ . 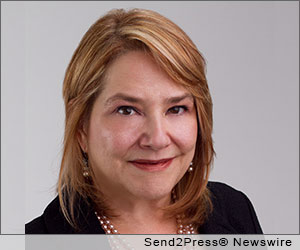 NEWS ARCHIVE NOTE: this archival news content, issued by the news source via Send2Press Newswire, was originally located in the Send2Press® 2004-2015 2.0 news platform and has been permanently converted/moved (and redirected) into our 3.0 platform. Also note the story “reads” counter (bottom of page) does not include any data prior to Oct. 30, 2016. This press release was originally published/issued: Tue, 12 Mar 2013 14:12:38 +0000

View More Alliances and Partnerships News
"If all of the organizations dedicated to women's advancement worked together we would collectively accelerate the enormous global impact that women can make," said WomenLEAD, CEO and Founder, Ilene Fischer.

ABOUT THE NEWS SOURCE:
WomenLEAD Inc

LEGAL NOTICE AND TERMS OF USE: The content of the above press release was provided by the “news source” WomenLEAD Inc or authorized agency, who is solely responsible for its accuracy. Send2Press® is the originating wire service for this story and content is Copr. © WomenLEAD Inc with newswire version Copr. © 2013 Send2Press (a service of Neotrope). All trademarks acknowledged. Information is believed accurate, as provided by news source or authorized agency, however is not guaranteed, and you assume all risk for use of any information found herein/hereupon.