While some would have you believe it’s terribly complicated to optimize a press release for better SEO; it’s not, in fact, very hard at all. 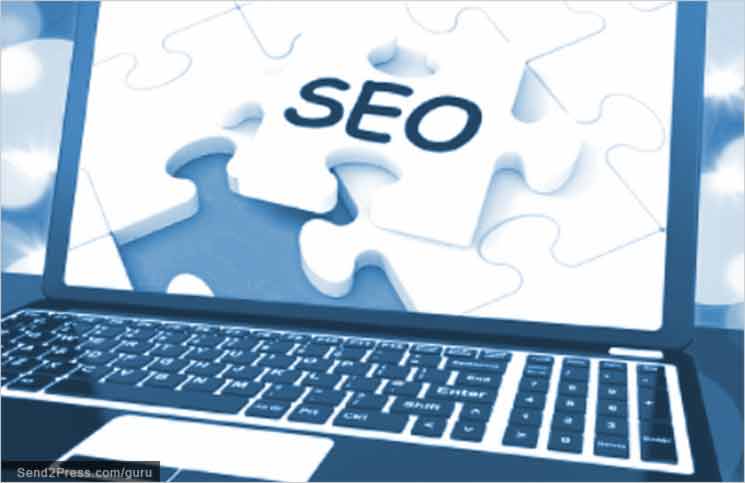 I started doing SEO (search engine optimization) in 1995, back when building my first commercial websites, and when there were barely 25,000 website domains registered worldwide. Since the early days, basic SEO has always been about great content, and avoiding trickery which can easily be spotted by savvy search engine algorithms. Basic rule of thumb was, do it right, don’t do things that will hurt the site later on. This responsible practice later came to be known as “white hat” SEO, as compared to those “black hats” who tried very hard to “game the system.”

As the owner/founder of the first newswire service* in the world to promote white hat SEO of press releases back in 2000 (verifiable via archive.org), I suppose you might say I know a little bit about it. As you might expect over the past 15+ years, I’m often asked “how do I optimize my press release for better visibility and ranking in search.” (*Note: referring to Send2Press® which started in 1997 as “Mindset Netwire,” as a spin-off of Neotrope®, which has been doing PR and marketing since 1983.)

In order for your news to rank better under your most desired phrases in search results, my recommendation is to follow these simple tips I’ve tried to distill down from the heady brew of SEO and general press release writing.

Get the Title Right

Ensure your most desired keywords/phrases (or “focus keywords”) are found in your release headline/title. The headline should not be longer than 20 words so as to be most compatible with Google News, Twitter and other social sites, and SERPS (search engine result pages). With very long words, cut back on the number of words.

Use the most desired keywords/phrases in your first paragraph, ideally within the first 185 characters (which are used in the META “description” tag). On most news systems this content is also what appears when sharing to social sites. Because many sites have a word/character limit, the first two sentences after the dateline are critical for SEO.

Too Much Pepper in Your Poppycock

Avoid over-use of any phrase, which can look like “peppering” as that makes it look like you’re trying to “spam” a search engine ‘bot. For example, in a 400 word release if you use the word diamonds more than 20 times, that (very likely) might be seen as “spammy” content.

If your brand name is a dotcom, try not to use the literal dot.com more than five times in the text. In your headline and first paragraph use the “informal” name much like Amazon, or Google don’t put the .com on the end of their name. If your website and DBA is “WorldofGiantMutantFish.com” you can use World of Giant Mutant Fish as the “informal” name to reduce the peppering, but then you’d have to worry about overuse of the word fish when talking about the site.

Common practice would be to use your most desired phrase(s) at least three times in the overall body of the press release, and ideally the final paragraph which helps to “bookend” the focus words.

Ensure content is not stale — has not already been posted online anywhere (indexed by Google and Bing) — and has not been posted on any content farming site (such as faux article sites, free news sites overseas, etc.). If your headline and first paragraph, and CEO quote, are already in the wild, Google News in particular may entirely skip the story if the system “recognizes” old content.

In these instances where you are re-issuing your news or doing an official announcement later than an online posting or social media announcement of the full text, you must notably change your text in the “official” release submitted to any newswire (like Send2Press.com, PR Newswire, etc.), for best results. Technically old news is no longer news, and hence might be treated as dreaded “duplicate content.”

With campaigns, follow-up announcements on the same topic must be treated the same way, where everything in the text other than the company boilerplate (about the company) or a product specification rundown, should be different. Again, this means headline, first paragraph, any quotes, and try to reword anything like a paragraph containing event information or similar. This helps to break up the “pattern recognition” that looks for duplicate content.

Ideally, wait to post your release on your company news page until after the press release has been issued. This allows the “official” announcement to breathe without competing with your home-base version; since the official versions link back to your site, you still get the benefit later of your version being one of the two primary versions once live in the wild.

After the release is live on a newswire site(s), be sure to link to the originating page (first post) from your social media accounts, Web site, etc., to help increase cross-linking.

However, avoid doing any kind of link-building campaign to create hundreds or thousands of junk links pointing at your press release. Most newswires are now savvy about this “black hat” practice, and will delete your news content since this is basically abusive by creating unwanted links inbound from low reputation sites.

While some folks are still touting using anchor links on words and phrases (making the phrase itself a link to a page on your website) as some kind of magic bullet, Google quashed this methodology due to abuse, officially at the end of July 2013. I had a client the other day who put 10 anchor links in her release because her marketing person and PR person told her to do so. Which probably shows you how out of touch with SEO, some people really are.

The facts: so many junk websites sprouted up, much like the old link-exchange sites did over a decade ago, simply to pollute search engines with junk press releases, that Google finally had to address the issue — and rightly so, in my opinion. We saw, for example, a drug rehab outfit post 42 releases in one week on one of those “all you can eat” newswire services (ironically they now tout themselves as “the #1 PR service” while being generally inept at so many things, it’s quite hilarious). When the head office for that rehab outfit came back to do another big release with us, we had to turn them down, as they were polluting the web so badly, we didn’t want any of their spammy content on our sites, as we might get sucked into the abuse circle “by association.”

As we have been advising our clients for 15 years, it’s best to use visible URLs in releases, as those are what is visible in emails to the media, and clearly let a media person know where they are going if the link is clicked (the release is intended for the media, after all, not an advertisement or to spam a search engine).

If you must use anchor links because your client likes them, or for whatever other reason than SEO, we generally recommend only using them on logical things that add some kind of semantic benefit to the link. Examples might be putting an anchor link on the name of a product or service to the product/service page on your website; putting link on the name of the CEO, which links to his/her bio page on your company site; or a link on the company name to your home page.

So, for all practical purposes putting a link on the phrase “world’s best chicken soup” linking to a page on your site with chicken soup for sale, serves no purpose whatsoever in modern “clean” press releases. Most newswire services still let you do this, but the links (on any legitimate news service), will add rel=nofollow tags to any such anchor links, to let Google (and Bing, etc.) know the link should not be treated as recommended, nor for so-called “link juice.” Otherwise it’s treated as paid text links, which Google really does not like.

Simply put, links on phrases have zero benefit for SEO. Having the phrases in the release do help the release better rank in SERPS, but the links themselves will not help your website SEO in any way. Google will still follow those links and read the pages, they just don’t earn any “link juice” from the site linking to you.

Anecdotally, some newswires like my own (Send2Press.com), do allow for one dofollow link to your homepage, which is often placed at the end of a press release like, For more information, visit: www.mysite.xyz. This is considered a reasonable use for a link since it provides a conclusion to the information presented, and leads to further background and content related to the subject of the news announcement. (Update: as of 2016, dofollow links are no longer used in any press releases via Send2Press® for maximum compatibility with Google, Google AMP, Apple News, etc.)

You might wonder what is meant when many of the top 10 newswire services refer to “free SEO” with every distribution plan. Well, it does not mean they will re-write your release for you to fix the points noted above in this article. Technically, what it really means is that the pages on which your news appear on the newswire’s main websites will be properly optimized for search engines based on your content. The idea is to help the page with your press release rank higher in search results, not to fix your content which might have bad SEO to begin with.

How Hard Was That?

These simple tips can help increase the visibility of the press release online based on your most desired content. Please remember than press releases are technically “paid content” and may not rank as well for some things, as most press release sites and news aggregators are not really posting original “organic” content.

Copr. © 1999, 2003, 2012 and 2014 by Christopher L. Simmons. Some elements of this article originally appeared on Send2Press.com in the customer support area, and a much shorter version also appeared on PRclassroom.com in Dec. 2012.

How to Write a Press Release 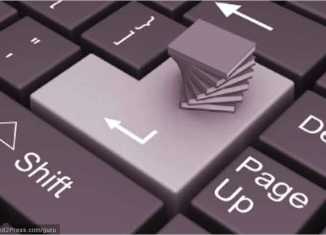 Jul 1, 2004
1 47920
Promote Your Book Using a Press Release: One of the most cost-effective ways to "get the word out" about your new book is to use a press release. Basically, this is a brief announcement directed to the media (magazines, newspapers, TV, and online sites), which describes something which is newsworthy.