KIRKLAND, Wash., Dec. 2 (SEND2PRESS NEWSWIRE) — According to the Society of Actuaries, the leading cause of U.S. long-term care claims is Alzheimer’s, the brain disease that renders over 5 million Americans unable to handle all the acts of daily living unaided. Who cares? Evidently President Obama does, having written a pro-active column in the Fall, 2010, issue of care ADvantage, published by the Alzheimer’s Foundation of America. “We praise the President for his words and the legislation behind them,” says Jonas Roeser, Senior Vice President of Marketing & Operations for LTC Financial Partners, LLC (LTCFP), one of the nation’s most experienced long-term care insurance agencies.

“Alzheimer’s sufferers and their families should be very pleased by the President’s statements,” says Roeser. “People with the disorder may seem physically healthy, but mentally it’s a different story. They may forget where they are or who they are, neglect to eat or eat the wrong things, or require help with toileting. They need someone to look after them, often 24/7.”

Perhaps the most relevant part of the Affordable Care Act is the CLASS program, according to Roeser. “After a five-year waiting period, it pays for a certain amount of professional care, so a family member doesn’t have to do it all.” In addition, the CLASS program — not yet operational — calls attention to the value of long-term care insurance. “We expect millions to start exploring the relative merits of the many long term care insurance plans now available,” he says.

His organization publishes the “2010 Long Term Care Guide — Including Healthcare Reform Update,” which offers a comparison of the public versus private options. It’s available free at http://www.ltcfp.biz/long-term-care-guide .

Obama’s column may be found at the Web site of the Alzheimer’s Foundation of America – http://www.alzfdn.org – which also has information on the “Together for Care Telethon,” to be hosted by Al Roker on December 4, 2010. 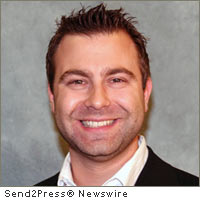 NEWS ARCHIVE NOTE: this archival news content, issued by the news source via Send2Press Newswire, was originally located in the Send2Press® 2004-2015 2.0 news platform and has been permanently converted/moved (and redirected) into our 3.0 platform. Also note the story “reads” counter (bottom of page) does not include any data prior to Oct. 30, 2016. This press release was originally published/issued: Thu, 02 Dec 2010 19:49:37 +0000