MARSHALL, Mo., Aug. 3, 2011 (SEND2PRESS NEWSWIRE) — The Missouri Alliance for the Development of Entrepreneurship announced today that seven regional winners will be moving forward as finalists in the 2011 MADE In Missouri State Entrepreneurship Competition, an event that will highlight new and aspiring businesses through a competitive and educational business development process.

The Competition provides new and potential business owners in Missouri an opportunity to put their business ideas up against others throughout the state and grow their ventures. The competition is designed to support Missouri communities and its residents by cultivating reliable businesses, creating jobs, and stimulating the state’s economic future.

Participants started by answering a questionnaire about their business ideas, and were provided with tips and suggestions on how to make their businesses better in the first round. Finalists will present their finished business plans, products, and services at the Missouri State Fair on August 18, 2011 in Sedalia, Missouri. Mini-grants will be awarded as startup/operating capital to winners at the State Fair. The free event is held in the Lowell Mohler Assembly Hall with the show case open all day and the awards ceremony at 2:30 p.m. Everyone is invited to come meet the new entrepreneurs and learn about their businesses.

The Missouri Alliance for the Development of Entrepreneurship (MADE) is a project facilitated by Missouri Valley Community Action Agency of Marshall, Missouri, a not-for-profit organization located in Marshall, MO.

This project/program is funded in whole/or part with federal Community Services Block Grant (CSBG) funds received from the U.S. Department of Health and Human Services (HHS) provided by the Missouri Department of Social Services, Family Support Division. The funds received from the Family Support Division are all federally funded. 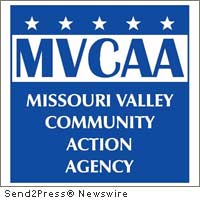 Alternate Headline: Seven regional winners will be moving forward as finalists in the 2011 MADE In Missouri State Entrepreneurship Competition

NEWS ARCHIVE NOTE: this archival news content, issued by the news source via Send2Press Newswire, was originally located in the Send2Press® 2004-2015 2.0 news platform and has been permanently converted/moved (and redirected) into our 3.0 platform. Also note the story “reads” counter (bottom of page) does not include any data prior to Oct. 30, 2016. This press release was originally published/issued: Wed, 03 Aug 2011 22:29:39 +0000

LEGAL NOTICE AND TERMS OF USE: The content of the above press release was provided by the “news source” MADE in Missouri or authorized agency, who is solely responsible for its accuracy. Send2Press® is the originating wire service for this story and content is Copr. © MADE in Missouri with newswire version Copr. © 2011 Send2Press (a service of Neotrope). All trademarks acknowledged. Information is believed accurate, as provided by news source or authorized agency, however is not guaranteed, and you assume all risk for use of any information found herein/hereupon.