KIRKLAND, Wash., Oct. 13, 2011 (SEND2PRESS NEWSWIRE) — Washington state residents are about to be rewarded for planning ahead for their long-term care (LTC) needs, but the forthcoming program will be even better with a few tweaks. So says Helen Boyer, who testified on October 11 before the Washington State Office of the Insurance Commissioner. Boyer, a Bellevue-based attorney specializing in insurance law, is a Partner with LTC Financial Partners, LLC (LTCFP), one of America’s largest long-term care insurance agencies representing multiple carriers.

The forthcoming program, with a little fine-tuning, will be very good news for the state budget as well as consumers’ pocketbooks and lives, according to Boyer. Known as the Deficit Reduction Act (DRA) Long-Term Care Partnership Program, it will in effect team private LTC insurance as a primary payer of long-term care expenses with Medicaid as a conditional payer that may or may not be needed.

“This helps consumers by providing an asset disregard equal to the value of their insurance policy should their care needs outstrip their policy’s benefit amount,” Boyer says. “Also, by providing this backup assurance, it encourages consumers to protect themselves in the first place.”

The program will help the state by reducing unnecessary Medicaid claims. “By raising awareness in this way,” says Boyer, “the program will encourage people to provide for their own LTC needs and turn to Medicaid only if they have to.”

The tweaks Boyer offered include –
* Rewording to make certain provisions compliant with federal regulations and consistent with similar Partnership programs in other states.
* Changes to make sure existing policies will be “Partnership-approved,” so existing policy-holders will benefit from the program along with new policy-holders.
* A new clause to allow carriers to innovate with new kinds of LTC policies and seek state approval through a simple procedure.

“We should all be grateful for the diligent work of the Office of the Insurance Commissioner (OIC) on behalf of the consumers of Washington,” says Boyer. “Everyone will benefit, and I was delighted to help.”

Others joined Boyer in testifying. “The commentary on the issues has been very helpful,” she says. “In fact, it is remarkable how consistent the input has been from consumers, producers, insurers, and trade groups. All of us want to see a successful program for Washington consumers.”

Boyer’s organization, LTCFP, is a co-founder and sponsor of the “3 in 4 Need More” campaign — www.3in4needmore.com — which seeks to alert Americans to the long-term healthcare crisis, and to multiply the number protected by long-term care planning. For four years in a row, Inc. Magazine has included LTCFP — www.ltcfp.com — in its annual ranking of the nation’s 5000 fastest-growing companies. 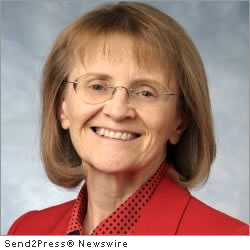 NEWS ARCHIVE NOTE: this archival news content, issued by the news source via Send2Press Newswire, was originally located in the Send2Press® 2004-2015 2.0 news platform and has been permanently converted/moved (and redirected) into our 3.0 platform. Also note the story “reads” counter (bottom of page) does not include any data prior to Oct. 30, 2016. This press release was originally published/issued: Thu, 13 Oct 2011 22:15:38 +0000