SAN ANTONIO, Texas, Oct. 14, 2016 (SEND2PRESS NEWSWIRE) — Get ready and brace yourself for the fast acting and exciting new small film company called 5150 Films LLC based out of Houston, Texas. Frank Shank (Screenwriter/Director) and Jacqueline Skyler (Executive Producer/Supporting Actor) have teamed up to entertain audiences with their amazing screenplays that span a variety of genres. 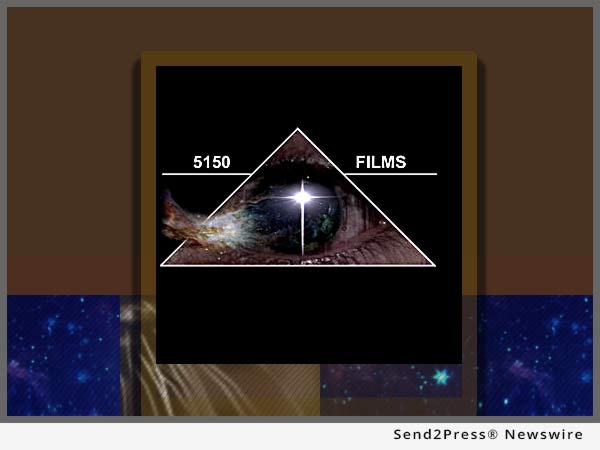 Just recently, 5150 Films completed its next action packed masterpiece, “Hoodfellaz” in 4 days’ time and released the trailer to the media last week. The recently formed film company prides itself on their ability to operate efficiently and effectively on their small and conservative budget, while possessing a gold mine of 60 diverse and completed Screenplays/Stories, ten of which are completed feature films.

At this time, they are diligently working to showcase and market their projects at the AFM in Santa Monica, California this November.

As you start to see their work marketed, you will quickly see that 5150 Films’ strength is deeply rooted in its diverse and very talented crew. Their mission is to make positive change by creating a more diverse market of fresh talent within the film industry.

“We are currently pushing to increase the demand for the very talented African American, Hispanic, Asian, Middle Eastern and other wonderful cultures that have amazing talent that have yet to be seen and enjoyed,” says Jacqueline Skyler, 5150 Executive Producer and Supporting Actor. “For too long this talent has gone unnoticed, and their priority is to introduce a new age and generation of fresh, diverse talent that will not only entertain audiences like never before, but also connect with viewers from all walks of life.”

For Jacqueline, her mission is personal. She is working hard for her cause to help improve and enhance the quality of the educational systems in the poor inner cities and communities that the government has seemed to have neglected for so long. Any future earnings she personally makes in this industry, she will donate a portion for this cause. Her parents gifted her with an education, which she sincerely values and appreciates. Jacqueline believes there is no reason that every child should not be gifted with the same opportunity for a quality education.

Education is the foundation of America and society. That is the message she wants to get across to the media. Keep an eye out for this new company 5150 Films as it has assembled an amazing team to showcase their stories.

View More Movies and Filmmaking News
"We are currently pushing to increase the demand for the very talented African American, Hispanic, Asian, Middle Eastern and other wonderful cultures that have amazing talent that have yet to be seen and enjoyed," says Jacqueline Skyler, 5150 Executive Producer.

ABOUT THE NEWS SOURCE:
5150 Films LLC

5150 Films™ began when Frank Shank placed his thoughts on paper and decided to share his creativity and originality for the world to enjoy. 5150 Films has produced 10 feature films, 7 short films, 2 commercials, 2 weddings, and a play. The team has received 8 award nominations in as many film festivals for their passionate work with a prestigious victory already under their belt.

LEGAL NOTICE AND TERMS OF USE: The content of the above press release was provided by the “news source” 5150 Films LLC or authorized agency, who is solely responsible for its accuracy. Send2Press® is the originating wire service for this story and content is Copr. © 5150 Films LLC with newswire version Copr. © 2016 Send2Press (a service of Neotrope). All trademarks acknowledged. Information is believed accurate, as provided by news source or authorized agency, however is not guaranteed, and you assume all risk for use of any information found herein/hereupon.