ATLANTA, Ga., Nov. 27, 2017 (SEND2PRESS NEWSWIRE) — A good old school love song can take you on a journey and incite the resurgence of memories long gone. The 1973 hit “Can This Be Real” is a prime example. The melody was a Top 40 break through on the R&B charts and The Natural Four were the singular force behind the hit. Ollan Christopher Bell, better known as Chris James, knows first-hand about song-induced travels. The Natural Four was his group and in his newly released memoirs “Music Saved My Life, From Darkness Into The Light, My Life As A 70’s R&B/Soul Singer” (ISBN: 978-0998795003) he takes us on an intimate trek through his life and times. 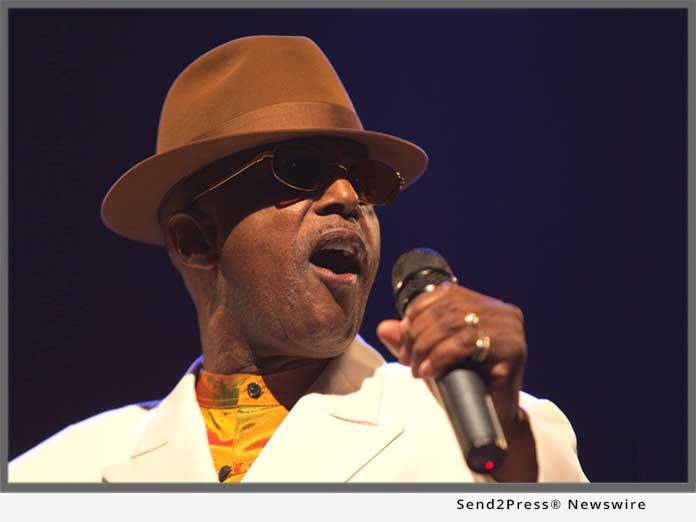 The Natural Four originally formed in 1967 in Oakland, Calif. and started receiving notoriety in the early ‘70’s after signing to Curtis Mayfield’s label, Curtom Records. To date, Mayfield is still one of the most influential creators behind soul music. The group reigned under the production of Leroy Hutson, the former lead singer of R&B vocal group, The Impressions. From 1972 to 1976 the Natural Four toured the United States and appeared at major venues including the Apollo Theater. They also appeared on numerous top TV shows including Soul Train and American Bandstand.

After releasing a string of hits inside of three albums, The Natural Four called it quits in the mid ‘70’s.

In “Music Saved My Life,” James takes us back to his early days growing up in Oakland. He started his music career at the age of 10 playing the bass guitar and at the age of 12 he performed his first singing solo. His musical background originated in the church and from his mother, who was also a professional singer. With poignant detail, James recollects how music has been his lifesaver from childhood into adulthood.

The reader travels with him through a dysfunctional childhood with an abusive and controlling mother. His turbulent relationship with his mother unfortunately set the precedent for countless encounters with bullies throughout his life, including his first wife of over 20 years. “Music Saved My Love” recalls a life riddled with regrets while seemingly filled with career successes.

James has performed and shared the stage with legendary artists such as Earth, Wind and Fire, The Temptations, Kool and the Gang, the Isley Brothers and his former producer Curtis Mayfield. With more than 200 songs composed and distributed on various albums throughout the world, his discography is more than impressive. However, the man behind the music seldom knew inner peace. Life on the road in the ‘70’s was riddled with drama, drugs and busted dreams, while life at home reflected much of the same.

“Music has been the salve for my tormented soul,” offers James. “It has been a lifesaver and redeemer for me. As a veteran of the music business, I watch young artists today and recognize the telltale signs that betray that all is not well. Having survived five decades in the industry, and still being sustained by doing what I love, I’m hoping that my book will give hope and credence to not only artists, but anyone in need of healing.

“When I look back on my life, I never would have dreamed of the peace and happiness that was just waiting for me. So many of my contemporaries are no longer here. Music is one of God’s ultimate healers and I have a testimony to prove it.”

James now finds himself touring around the world and spending most of his time in South America, with a home base in Buenos Aires, Argentina, where he has become a well-recognized recording and performing artist. His smooth vocals still reflect the warm timbre, control and range that resonates throughout the catalogue of the Natural Four as he trains and produces singers from Paris, Japan, England, South America and the U.S.

His last project was a compilation of jazz standards entitled, “Tenderly, Unplugged.”

“Music Saved My Life, From Darkness Into The Light, My Life As A 70’s R&B/Soul Singer” takes the reader between the notes as Chris James navigates his troubles while rubbing shoulders with some of R&B’s greatest legends, including Curtis Mayfield, Sly Stone and Isaac Hayes.

Sing along with Chris James at https://www.chrisjames-naturalfour.com/ and get your copy of his book on Amazon.com at http://a.co/gsFqcTs, available on paperback and Kindle. ‘Like’ Chris James on Facebook at @OllanCBell.

View the “Music Saved My Life” book trailer, produced by Markus Watson, the production genius behind Your Video Ninja, at https://youtu.be/0-P6HejuAsE.

View More Books and Publishing News
"Music has been the salve for my tormented soul," offers James. "It has been a lifesaver and redeemer for me."

Ollan Christopher Bell (Chris Bell) is better known at Chris James from "The Natural Four," an R&B/Soul group originally formed in 1967 in Oakland, Calif. that started receiving notoriety in the early '70's after signing to Curtis Mayfield's label, Curtom Records. James now finds himself touring around the world and spending most of his time in South America, with a home base in Buenos Aires, Argentina, where he has become a well-recognized recording and performing artist.

LEGAL NOTICE AND TERMS OF USE: The content of the above press release was provided by the “news source” Ollan Christopher Bell or authorized agency, who is solely responsible for its accuracy. Send2Press® is the originating wire service for this story and content is Copr. © Ollan Christopher Bell with newswire version Copr. © 2017 Send2Press (a service of Neotrope). All trademarks acknowledged. Information is believed accurate, as provided by news source or authorized agency, however is not guaranteed, and you assume all risk for use of any information found herein/hereupon.