Send2Press › Wire › Religion and Churches › A Scientology Church, Proud of its Heritage, Looks to the Future

A Scientology Church, Proud of its Heritage, Looks to the Future

LOS ANGELES, Calif., July 11, 2022 (SEND2PRESS NEWSWIRE) — On the eve of the celebration of its anniversary, the Church of Scientology Pasadena shares the unique history of its Old Town home. 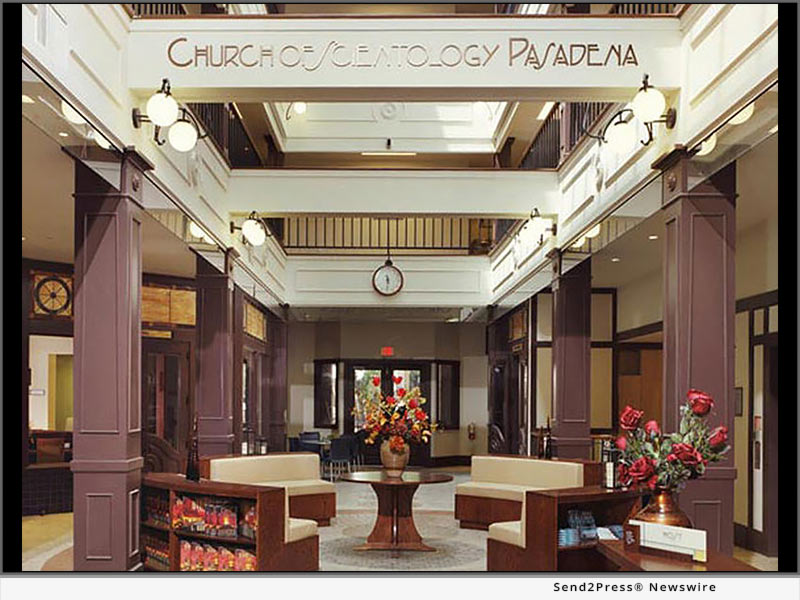 Photo Caption: The Church of Scientology in Pasadena — the City of Roses — is featured in an episode of “Destination Scientology” on the Scientology Network.

Just off Colorado Boulevard in the Old Pasadena Historic District, the Church of Scientology opens its doors and invites those curious about Scientology to step inside through an episode of “Destination Scientology” on the Scientology Network. Learn what makes the Church so special to its members and the community at large.

In dedicating the Church in July 2010, Scientology ecclesiastical leader Mr. David Miscavige told those gathered for the celebration, “You are now part of a movement like nothing in our history. And it is gaining momentum by the day.” He reminded Pasadena Scientologists that “there is indeed a lot of help we must now bring to bear. That is the pledge we make today, to the city of Pasadena.”

And that is a pledge the Church has embraced and embodied ever since.

The California State Assembly and Historic Preservation Commission awarded the Church a Historic Preservation Award “for preserving the rich heritage of Pasadena” for its work in restoring its new home, the iconic structure known as the Braley Building. It was originally a bicycle emporium constructed in 1906, before the advent of the automobile, when a bicycle “highway” was built through the city to accommodate this new form of transportation.

The rise and fall of the Braley Building and its revitalization epitomize the journey of the city itself: springing up from the region’s orange groves in the early days of the 20th century to become one of California’s premier cities, Pasadena all but succumbed to urban blight. But the beautiful Old Town was reborn, thanks to the concerted efforts of those who were proud of its heritage, some of whom worked alongside the Church of Scientology to restore this heritage building to its former glory.

While it honors its past, Pasadena is also home to Cal Tech and its NASA Jet Propulsion Laboratory, whose missions have flown to every planet and the Sun to understand our place in the universe.

The Church of Scientology likewise looks to the future with the unique spiritual technology developed by Scientology Founder L. Ron Hubbard that empowers people to live their best life and achieve their dreams.

The Scientology Network debuted on March 12, 2018. Since launching, the Scientology Network has been viewed in 240 countries and territories worldwide in 17 languages. Satisfying the curiosity of people about Scientology, the network takes viewers across six continents, spotlighting the everyday lives of Scientologists, showing the Church as a global organization, and presenting its social betterment programs that have touched the lives of millions worldwide. The network also showcases documentaries by independent filmmakers who represent a cross-section of cultures and faiths but share a common purpose of uplifting communities.

CAPTION: The Church of Scientology in Pasadena — the City of Roses — is featured in an episode of “Destination Scientology” on the Scientology Network.