The series of interactive exhibits will complement murals and vintage pinball machines from PPM’s collection. In accordance with the PPM mission, the exhibition was created to inspire an interest in art, science and history through pinball. Opening day for “The Art and Science of Pinball” at the Phaeno will be May 15, 2015.

In 2014, Executive Director Michel Junge from the Phaeno Museum visited San Francisco’s Exploratorium in search of new exhibits to display in Germany. Following that, Junge went across the bay to the PPM in Alameda and met PPM Executive Director Michael Schiess. The two executive directors envisioned working together on an exhibition. The show supports Science, Technology, Engineering, Arts and Mathematics (STEAM) curriculum.

The focal point of the new exhibition will be the Visible Pinball Series by Michael Schiess and Wade Krause. The Visible Pin Series of transparent pinball machines allows the observation of electromechanical systems in action. Basically, a fully functional 1976 Pinball Machine rebuilt into a completely clear cabinet and playfield. Two of the machines in the series show the transition from electromechanical to computer-controlled systems.

Other exhibits will include the Pinbowl Chaos Generator, the Galton Pinball, an Electromechanical Music Box and more one-of-a-kind kinetic sculptures. Using pinball parts and technology, the exhibits are designed to educate about a particular scientific concept. 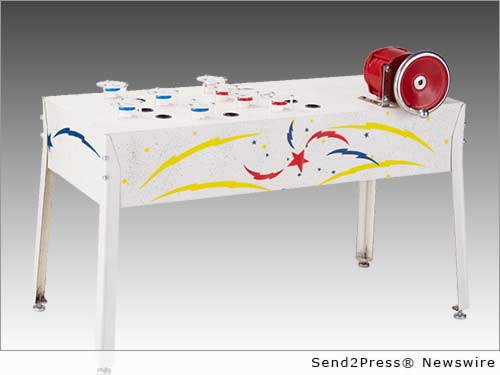 “The Art and Science of Pinball” will present art in a big way: ten hand-painted acrylic on canvas murals by artists Dan Fontes, Ed Cassel, Eric Kos and d’Arci Bruno. These giant works of art average 10 feet by 10 feet in size and reproduce backglass art from various eras of pinball history. These colorful masterpieces provide an excellent background for the exhibition as a whole.

Twenty playable pinball machines were chosen from the PPM’s extensive collection along with selections from the Larry Zartarian and Melissa Harmon collections to complement the other exhibits. The games date from the electromechanical era of pinball (1976 and earlier) that are rarely seen in public today. All the machines demonstrate pinball as an art form in both the aesthetics and engineering.

Pinball engineers were regularly pushed to design unique mechanisms to help make the game more fun and challenging. They were the epitome of American ingenuity using nuts, bolts and mechanisms as their paintbrush, the playfield was their canvas and engineering amusement was their art.

For more information about the Phaeno Museum visit http://www.phaeno.de/.

The Pacific Pinball Museum is a 501(c)3 nonprofit. 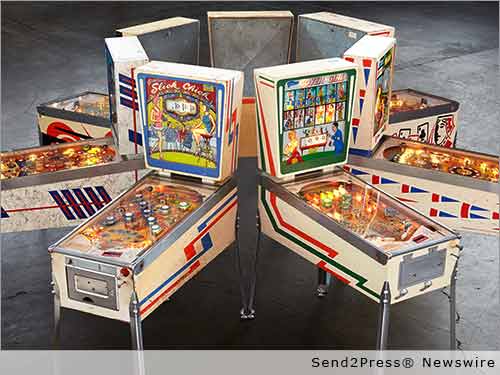 NEWS ARCHIVE NOTE: this archival news content, issued by the news source via Send2Press Newswire, was originally located in the Send2Press® 2004-2015 2.0 news platform and has been permanently converted/moved (and redirected) into our 3.0 platform. Also note the story “reads” counter (bottom of page) does not include any data prior to Oct. 30, 2016. This press release was originally published/issued: Wed, 21 Jan 2015 16:11:54 +0000