SAN FRANCISCO, Calif., March 31, 2017 (SEND2PRESS NEWSWIRE) — Great news has arrived for the millions of iPhone users around the world as IOTransfer has released the ultimate file transfer tool for iPhone. Buying a new iPhone has always been a top priority of apple users each time a new model is released and this is where this tool steps in. IOTransfer will make the iOS file transfer from iPhone to iPhone or other Apple devices easier than ever. 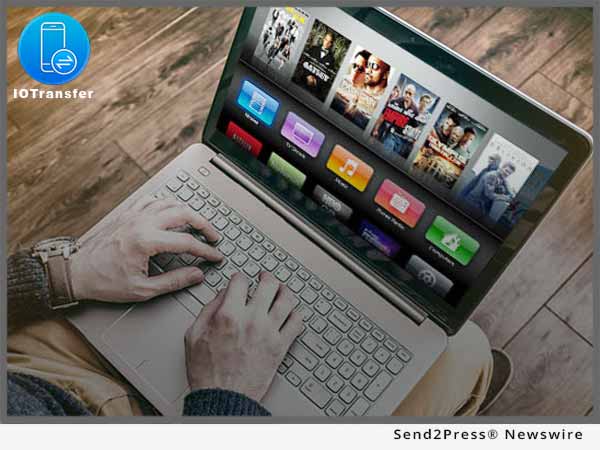 IOTransfer is the ultimate file transfer tool designed particularly for the ease of iPhone users around the world. iOS file transfer will be revolutionized with this amazing iPhone file manager as it will quickly transfer all the data from one device to another. It will not only save time for users but will also save a lot of energy and money.

IOTransfer will help Apple users like never before with managing their data, files and contents in their iOS devices such as iPhone, iPad, iPod files on PC or Mac. The tool displays all the songs, videos, photos, podcasts, ebooks, and voice memos stored on your device and enables you to import them from the device to a PC or Mac. And It allows you to batch delete unnecessary files quickly.

In addition to its amazing file import feature, the tool also supports exporting all files from a PC or Mac to an iPhone, iPad or even an iPod. The two way functionality of this tool makes it more in demand and with the release of upcoming iPhone 8, the number of downloads for this revolutionary tool will dramatically increase as it is being speculated that the iPhone8 is going to be the greatest iPhone model ever created.

About IOTransfer:
IOTransfer is a light yet useful iOS transfer & management tool which helps iPhone, iPad and iPod users manage their iOS contents on PC and Mac. It provides users with a simple and convenient way to freely import and export music, videos, photos, podcasts, books, and voice memos between iOS devices and PC/Mac, which perfectly solves cumbersome file transfer and management issues between iOS devices and PC/Mac.

ABOUT THE NEWS SOURCE:
IOTransfer

Developed by a group of talents who have more than 10 years of experience in Apple products and software development, IOTransfer is a renowned product of iFunSoft, a San Francisco based company and has been serving customers around the world since 2006. With the idea and mission of simplifying iOS device users’ life, now IOTransfer, the best iOS transfer & iPhone, iPad & iPod management tool, is available to let people transfer, backup and manage iOS files in an extreme easy way. IOTransfer team commits itself to keep continuous improvement and offer better solution, product and service.

LEGAL NOTICE AND TERMS OF USE: The content of the above press release was provided by the “news source” IOTransfer or authorized agency, who is solely responsible for its accuracy. Send2Press® is the originating wire service for this story and content is Copr. © IOTransfer with newswire version Copr. © 2017 Send2Press (a service of Neotrope). All trademarks acknowledged. Information is believed accurate, as provided by news source or authorized agency, however is not guaranteed, and you assume all risk for use of any information found herein/hereupon.