ATLANTA, Ga., Sept. 6, 2016 (SEND2PRESS NEWSWIRE) — The Shimoda Film Company announces November 5th Movie Premiere of new Indie film. Primo Brown from Atlanta, Georgia, has written and directed the film, “Money Back Guarantee.” Brown’s new “spine-tingling” film is sure to please adult audiences in every respect and leave them at the edge of their seats. 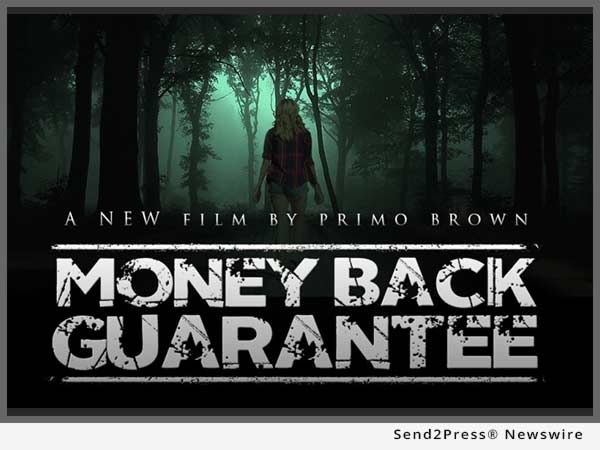 “Money Back Guarantee” is a film based on the underground multi-million dollar organ trafficking industry; and the highs and lows that come with it. “Money Back Guarantee” was shot entirely in Atlanta, Georgia. Brown says that it was important to shoot this film in his home city and state to showcase its beauty and unseen talent.

As one of the most popular states in America, Georgia has always served as a spotlight with its booming economy and increasing population. Georgia’s capital, Atlanta, has a lot of successful businesses that aid in making it an economic powerhouse. The list of movies made in Georgia is staggering, including the likes of “The Walking Dead,” “Fast & Furious 7” and “The Hunger Games: Catching Fire.”

The debut film, “Money Back Guarantee” will have its theatrical debut on November 5, 2016 at the Aurora Cineplex in Roswell Georgia. The film will then later be released on various digital and DVD platforms. The Premiere is currently open to the public and tickets can be purchased online via Ticketbud ( https://moneybackguaranteemovie.ticketbud.com/money-back-guarantee-film-premiere ).

Founder and CEO Primo Brown, an Atlanta native, began his film career over 10 years ago. His early talents as a musician earned him entry into the music scene in Atlanta. He soon discovered that filmmaking was his passion. His humble beginnings as a filmmaker led him to producing and directing music videos for artists. As his talent and equipment evolved, Primo produced and directed his own feature film, “Jacob’s Purgatory” in early 2012.

“’Jacob’s Purgatory’ was a great learning experience, from finance, casting to copyrights. After this film, I quickly acquired a taste to do more,” said Primo Brown.

Fast forwarding to 2014, Primo collaborated on the creation of Elite Film Productions, a company that produces small to large budget movies. The first one of which is, “Life on the Line,” starring John Travolta, a riveting drama that honors all those who risk their lives for us to have electricity in ours. Primo also wrote the screenplay for the movie.

View More Movies and Filmmaking News
"It was important to shoot this film in my home city and state to showcase its beauty and unseen talent," director Primo Brown says.

The Shimoda Film Company is a filmmaking and video production company. With a growing roster of clients, the company is positioned to produce high-quality films, music videos, corporate sales videos and video commercials. Founder and CEO Primo Brown, an Atlanta native, began his film career over 10 years ago. His humble beginnings as a filmmaker led him to producing and directing music videos for artists. As his talent and equipment evolved, Primo produced and directed his own feature film, "Jacob's Purgatory" in early 2012.

LEGAL NOTICE AND TERMS OF USE: The content of the above press release was provided by the “news source” Shimoda Film Company or authorized agency, who is solely responsible for its accuracy. Send2Press® is the originating wire service for this story and content is Copr. © Shimoda Film Company with newswire version Copr. © 2016 Send2Press (a service of Neotrope). All trademarks acknowledged. Information is believed accurate, as provided by news source or authorized agency, however is not guaranteed, and you assume all risk for use of any information found herein/hereupon.