"It's been said that a society can be measured by the quality of their libraries, Sarasota is no exception. The positive impact a public library can have on the community cannot be overstated," said Attorney Michele Stephan.

SARASOTA, Fla., Jan. 20, 2016 (SEND2PRESS NEWSWIRE) — Personal Injury Attorney and Board Member of the Friends of the Public Library Michele Stephan, along with members of the Sarasota and Bradenton offices of Shapiro Goldman Babboni & Walsh attended the January fundraiser event for Selby Public Library in downtown Sarasota.

The 6th Annual “Looking into the Crystal Ball” Fundraiser, held by the Friends of the Selby Public Library, was located in the library itself and included food offerings from over two dozen local restaurants and featured a variety of 30+ live performances including fire dancing. Additionally the event included exhibits featuring artists, authors and local vendors.

Among the restaurants at the event was Social Eatery & Bar, of which Attorney David L. Goldman from Shapiro Goldman Babboni & Walsh is part owner.

In addition to many other local community organizations, Attorney Michele Stephan is a Board member of the Friends of the Selby Public Library. Michele attended this event along with her paralegal, Jill Barbic, legal assistant, Lauren Sciortino and event coordinator Debra Burger from the law offices of Shapiro Goldman Babboni and Walsh at the law firm’s booth.

All proceeds of the fundraiser will be used to support the many youth programs offered by the Selby Public Library.

Attorney Michele Stephan shared this comment about the fundraising event, “It’s been said that a society can be measured by the quality of their libraries, Sarasota is no exception. The positive impact a public library can have on the community cannot be overstated, and the amazing turnout for this event has shown that our community will continue to have an exceptional library as a resource to all area residents, and that the great work they are doing to help promote reading and education will continue.”

About Attorney Michele Stephan:
Ms. Stephan has successfully litigated matters involving personal injury as well as matters involving the violation of nursing home resident’s rights, defective products, defective medical devices, Federal civil rights violations, international child abduction under the Hague Convention and international matters involving civil theft and fraud. She is admitted to practice in all of the Florida State Courts and the United States District Court for the Middle District of Florida. In addition to her trial experience, Ms. Stephan has also handled appellate matters before the Second District Court of Appeals.

Ms. Stephan was awarded the 2011 Service to the Community Award by Legal Aid of Manasota, was awarded the 2008 Member of the Year award from the Sarasota County Chapter of the Florida Association for Women Lawyers and was recognized by the Supreme Court of Florida in 2007 for outstanding pro-bono service. Ms. Stephan is on the Board for the Friends of Selby Public Library and Board of Director and the Suncoast Partnership to End Homelessness. Michele volunteers weekly at the Resurrection House day shelter rendering legal services to the homeless.

More about Michele Stephan at: http://www.getmejustice.com/. 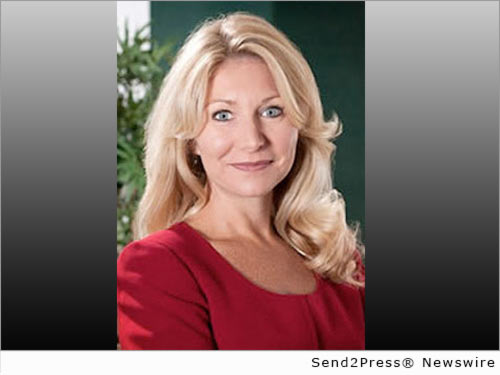 NEWS ARCHIVE NOTE: this archival news content, issued by the news source via Send2Press Newswire, was originally located in the Send2Press® 2004-2015 2.0 news platform and has been permanently converted/moved (and redirected) into our 3.0 platform. Also note the story “reads” counter (bottom of page) does not include any data prior to Oct. 30, 2016. This press release was originally published/issued: Wed, 20 Jan 2016 16:10:10 +0000

Friends of the Public Library

View More Florida Business News
"It's been said that a society can be measured by the quality of their libraries, Sarasota is no exception. The positive impact a public library can have on the community cannot be overstated," said Attorney Michele Stephan.