Auditions Closing April 2 for Active Duty, Veteran, Retiree Singers to Perform at Invictus Games on May 8

FT. BELVOIR, Va., March 28, 2016 (SEND2PRESS NEWSWIRE) — Time is running out to audition for a special chorus being formed by the Center for American Military Music Opportunities (CAMMO) to perform in the Invictus Games Orlando 2016 on May 8, 2016. The Games will be held at ESPN Wide World of Sports Complex at the Walt Disney World Resort in Orlando, Fla., and broadcast live on ESPN2.

CAMMO will accept auditions through April 2, 2016, from active duty, Reserve and National Guard service members, as well as veterans and retiree singers from all branches of the military.

Those selected will be part of a mass chorus who will sing in a spectacular segment of the two-hour television production. The Chorus will perform the Invictus Anthem, which was adapted by Chris Martin of Coldplay in 2014 from the historic poem “Invictus” by William Earnest Henley, and is the anthem of these Games.

Created by Prince Harry, the Invictus Games began in 2014 in London as an international multi-sport adaptive event for armed forces participants. Over 500 active duty service members and veterans who became wounded, injured or sick during their service will represent 14 nations and compete as part of their recovery and rehabilitation. The Games have the support of the White House and the U.S. Department of Defense.

Requirements:
* Participants are not required to read music but must be able to attend rehearsals on May 5-7, as well as the performance on May 8. Additional rehearsals for Orlando-based performers will be conducted on April 30 and May 1.
* Applicants must provide a DD214 or active duty identification, and other information for a background check.
* This is a volunteer opportunity; participants are expected to provide their own transportation and accommodations.

How to Apply & Audition:
Auditions will be handled using the free WURRLY app, which you can download to your smartphone or tablet. Follow these steps:

1. Download the WURRLY app on your device by going to http://www.wurrly.com/download.
2. Select “America the Beautiful” and record your version of the song.
3. Hashtag #CAMMO in the comments to show that you agree with the TERMS and then Save.

If you have questions or cannot audition with the WURRLY app, please contact the CAMMO Casting team at casting@cammomusic.org. Detailed rehearsal schedule information will be provided to those who are selected to participate.

ABOUT CAMMO:
CAMMO is a 501(c)(3) nonprofit organization founded in 2009 by U.S. Navy veteran Cathie Lechareas and U.S. Army veteran Victor Hurtado that believes in the healing power of music. Run by veterans for veterans and active-duty service members, CAMMO provides military-specific music programs to help past and present service members suffering from neurological impairments such as traumatic brain injury and post-traumatic stress disorder (PTSD). 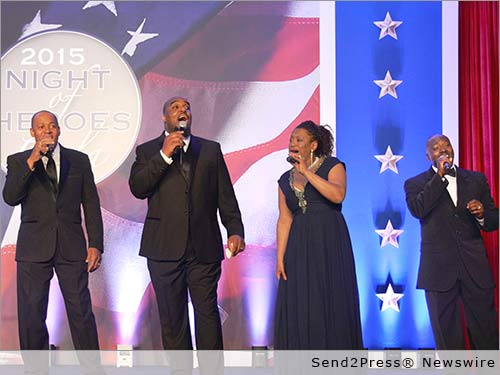 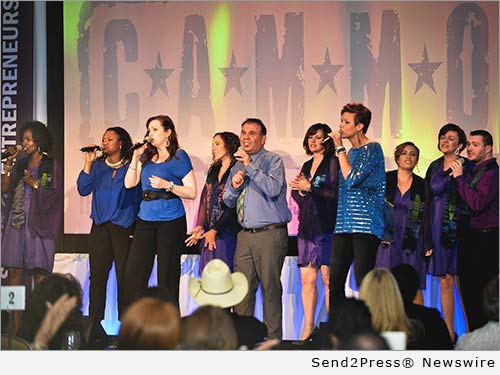 NEWS ARCHIVE NOTE: this archival news content, issued by the news source via Send2Press Newswire, was originally located in the Send2Press® 2004-2015 2.0 news platform and has been permanently converted/moved (and redirected) into our 3.0 platform. Also note the story “reads” counter (bottom of page) does not include any data prior to Oct. 30, 2016. This press release was originally published/issued: Mon, 28 Mar 2016 08:00:11 +0000

ABOUT THE NEWS SOURCE:
Center for American Military Music Opportunities

LEGAL NOTICE AND TERMS OF USE: The content of the above press release was provided by the “news source” Center for American Military Music Opportunities or authorized agency, who is solely responsible for its accuracy. Send2Press® is the originating wire service for this story and content is Copr. © Center for American Military Music Opportunities with newswire version Copr. © 2016 Send2Press (a service of Neotrope). All trademarks acknowledged. Information is believed accurate, as provided by news source or authorized agency, however is not guaranteed, and you assume all risk for use of any information found herein/hereupon.