KESWICK, Va., Jan. 23, 2018 (SEND2PRESS NEWSWIRE) —- Did you know that every person has 50,000 miles of blood vessels that are exposed to deadly iron? This is the concept that will be addressed by William J. Rowe, M.D. at the upcoming Internal Medicine and Patient Care Conference, March 26-27, 2018 in Vienna, Austria. 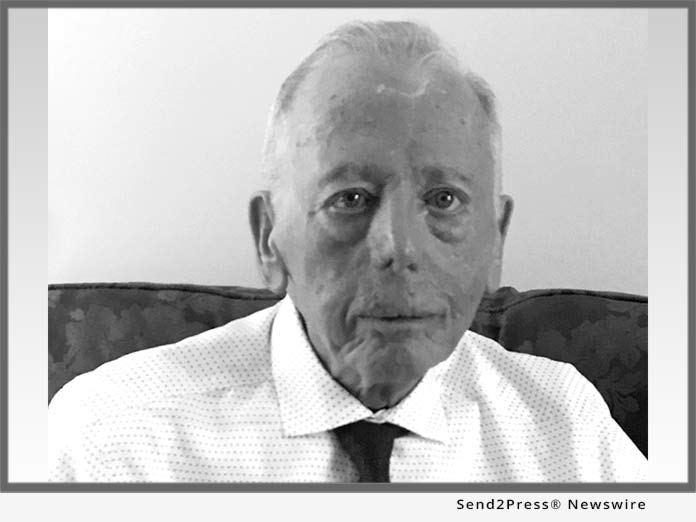 The information he will be presenting was derived from his studies of moon walkers, Neil Armstrong and James Irwin, who brought deadly iron dust into the habitat on their space suits and inhaled it for at least three days until their return to Earth.

His compelling research is further substantiated by new evidence from the lunar landing missions that show dust from car and truck brakes, far from being just unsightly grime on wheels, may be a key factor in the global epidemic of high blood pressure. The findings suggest that inhaling brake dust, spewed into the air around roads, is a health hazard for ordinary people, just as it was for astronauts who landed on the moon.

The latest evidence of this link, perhaps the most significant health lesson from the entire manned space program, appears in a follow-up letter to the editor, “Brake Iron Dust Inhalation Intensifying Hypertension,” in the International Journal of Cardiology. It builds on much-overlooked hints, dating to a study in the New England Journal of Medicine, 2004; 351:1721-1730, which linked exposure to road traffic to the onset of a heart attack.

So, what does all this mean to the average person? Dr. Rowe says that people who run or bike outdoors are better off doing it indoors as they age because the risk to the heart is greater with urban pollution caused from iron brake dust.

And, since it has recently been determined by the American Heart Association that half of the U.S. population has hypertension, based on new criteria (130/80), Dr. Rowe believes that information regarding the adverse effects of iron brake dust contributing to hypertension must be promptly and widely disseminated.

“Until legislation is carried out to prevent iron brakes from being manufactured or until effective seals are made, we must offset the adverse effects which triggered the cardiovascular complications, particularly the severe hypertension of the moon walkers,” Dr. Rowe says. “A high magnesium diet and well absorbed Mg supplements are warranted to reduce the iron’s toxicity.”

A colleague of Dr. Rowe’s who read his first paper on the hazards of brake iron dust, said, “This is the clearest and most compelling explanation of an environmental hazard that I can recall.”

Previously, Dr. Rowe has presented this concept at the Innovate Biotech 2017 conference in Brisbane, Australia and will also be presenting at the 10th Annual International Congress of Cardiology-2018 on November 28-30, 2018, in Rome, Italy.

View More Medical Research News
"Until legislation is carried out to prevent iron brakes from being manufactured or until effective seals are made, we must offset the adverse effects which triggered the cardiovascular complications, particularly the severe hypertension of the moon walkers," Dr. Rowe says.

William J. Rowe M.D. FBIS ( Fellow British Interplanetary Society ), FACN ( Fellow American College of Nutrition ), Retired Fellow of Royal Society of Medicine, is a board certified specialist in Internal Medicine. He received his M.D. at the University of Cincinnati and was in private practice in Toledo, Ohio for 34 years. During that time he supervised over 5000 symptom - limited maximum hospital-based treadmill stress tests. He is a former Assistant Clinical Professor of Medicine at the University of Ohio, School of Medicine at Toledo. He studied 3 world class extraordinary endurance athletes and published their exercise-related magnesium deficiencies.

LEGAL NOTICE AND TERMS OF USE: The content of the above press release was provided by the “news source” Dr. William J. Rowe or authorized agency, who is solely responsible for its accuracy. Send2Press® is the originating wire service for this story and content is Copr. © Dr. William J. Rowe with newswire version Copr. © 2018 Send2Press (a service of Neotrope). All trademarks acknowledged. Information is believed accurate, as provided by news source or authorized agency, however is not guaranteed, and you assume all risk for use of any information found herein/hereupon.