Nathan Rogge, President and CEO of the Company, said, "I am pleased to recognize the contributions that both of these professionals have made to further the success of our company."

Ms. Marshall joined the bank in 2011 as Vice President, Deposit Operations, bringing over 30 years of banking, compliance, and risk management experience to the bank.

Nathan Rogge, President and CEO of the Company, said, “I am pleased to recognize the contributions that both of these professionals have made to further the success of our company. Marie Crivello takes relationship banking to a new level with an unwavering commitment to providing the highest level of service to her clients. She has year-over-year been instrumental in helping the bank organically grow and has continued to be recognized as a top performing relationship manager.”

Added Rogge, “Debbie Marshall’s role in regulatory compliance and branch operations has continued to grow over the last five years. She was a key contributor in the previous three bank acquisitions and held a primary role in ensuring the success of the bank’s core systems conversion in 2015.”

About Bank of Southern California:
A growing community business bank, established in 2001, Bank of Southern California, N.A., with headquarters in San Diego, Calif., is locally owned and managed and offers a wide range of financial products to individuals, professionals and small-to-mid sized businesses. The bank’s solution-driven, relationship-based approach to banking provides accessibility to decision makers and enhances value through strong partnerships with their clients.

The bank currently operates seven offices in San Diego and the Coachella Valley of Riverside County. 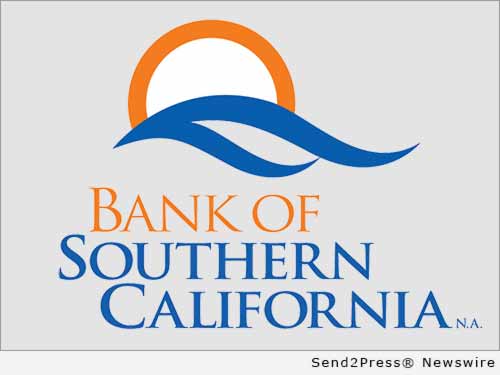 NEWS ARCHIVE NOTE: this archival news content, issued by the news source via Send2Press Newswire, was originally located in the Send2Press® 2004-2015 2.0 news platform and has been permanently converted/moved (and redirected) into our 3.0 platform. Also note the story “reads” counter (bottom of page) does not include any data prior to Oct. 30, 2016. This press release was originally published/issued: Wed, 17 Feb 2016 06:00:24 +0000

View More Banking News
Nathan Rogge, President and CEO of the Company, said, "I am pleased to recognize the contributions that both of these professionals have made to further the success of our company."