CORTE MADERA, Calif., Jan. 5, 2016 (SEND2PRESS NEWSWIRE) — Dr. Don Harte, noted California chiropractic and health activist, offers everyone the most direct health advice he can for the New Year: “Want Health? Don’t fall for the scare tactics of your doctor! Pursue health instead!”

Understanding that his advice could be confusing to some, “Scare tactics are so standard in medical practice these days, that they are considered normal in society. Instead of pursuing health, Big Medicine, and its two degenerate siblings, Big Pharma and Big Government have fooled you.” Dr. Harte continues, “They have convinced an already over-diagnosed, over-drugged society that doing anything and everything to avoid disease is the same as pursuing health. Imagine — they sell drugs as ‘wellness!'”

“One of the great scams of our time,” Dr. Harte says, “is preventative medicine. The problem with preventative medicine is that it prevents health.” He says “the whole concept of preventative medicine is a mindset of fear. Diseases that are known to be mild and non-life-threatening are deliberately labeled as dangerous. Some are just falsely pushed as killer diseases through gross manipulation of statistics. A lot of this medical propaganda serves as marketing material for unnecessary and risky vaccinations. The frenzy WILL get worse this year.”

“Chiropractic is founded upon the fact that the body is capable of healing itself,” according to Dr. Harte. “Chiropractic springs from a philosophy of empowerment.” He contrasts this with Medicine. “The philosophy of Medicine is, clearly, a philosophy of fear. It is through this fear that they create the huge market for their vaccines, which sells their inaccurate and probably dangerous diagnostic procedures, like mammography, which puts and keeps millions on lifetime prescriptions to allegedly prevent heart attacks and strokes. They have, falsely, painted a substance that the body actually makes itself, cholesterol, as some sort of chemical killing monster. Their drugs to bring down cholesterol levels, the statins, causing far more problems than they prevent.” He goes on: “But in this climate of Medicine-induced fear, logic and the facts of basic biology are thrown out of the window.”

Dr. Harte notes, “The scare tactics of Big Medicine often take shape in the bigotry of those who automatically hate those with differing, more natural views of health and disease.” He advises, “If you truly desire better health in the New Year, reject medical scare tactics. Respect you own body’s innate capacity to heal, to function normally. Empower that capacity by liberating your own nervous system through regular, wellness chiropractic care. The only true healing is from the inside-out.”

Dr. Don Harte, former medical student, is a principled, traditional chiropractor serving Marin and the Greater Bay Area since 1981. He is an activist in the struggle for free speech for chiropractors. Dr. Harte was named 2006 “Chiropractor of the Year” by the World Chiropractic Alliance (WCA). He has served on the Boards of the WCA and the Council on Chiropractic Practice. His articles have been published in OMNI magazine, San Francisco Chronicle, Chiropractic Journal and Journal of the California Chiropractic Association.

More information on and from Dr. Harte: http://www.chirodrharte.com/. 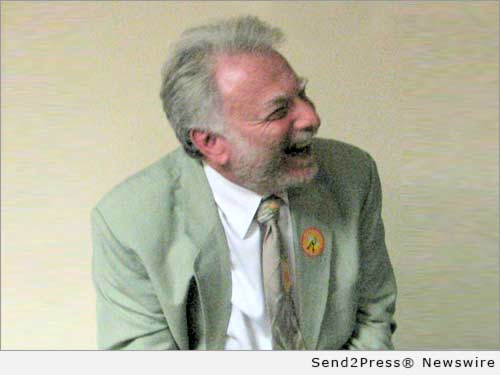 NEWS ARCHIVE NOTE: this archival news content, issued by the news source via Send2Press Newswire, was originally located in the Send2Press® 2004-2015 2.0 news platform and has been permanently converted/moved (and redirected) into our 3.0 platform. Also note the story “reads” counter (bottom of page) does not include any data prior to Oct. 30, 2016. This press release was originally published/issued: Tue, 05 Jan 2016 15:21:50 +0000

LEGAL NOTICE AND TERMS OF USE: The content of the above press release was provided by the “news source” Dr. Don Harte or authorized agency, who is solely responsible for its accuracy. Send2Press® is the originating wire service for this story and content is Copr. © Dr. Don Harte with newswire version Copr. © 2016 Send2Press (a service of Neotrope). All trademarks acknowledged. Information is believed accurate, as provided by news source or authorized agency, however is not guaranteed, and you assume all risk for use of any information found herein/hereupon.