CLEVELAND, Ohio, Oct. 14, 2019 (SEND2PRESS NEWSWIRE) —- “The Perfect Culture” (ISBN: 978-1733862202), authored by Brent Robins, is a new novel that explores the value of foreign travel through historical analysis and satirical humor. Robins blends the easy and relaxed style of Bill Bryson with the deep observations of J.D. Salinger. 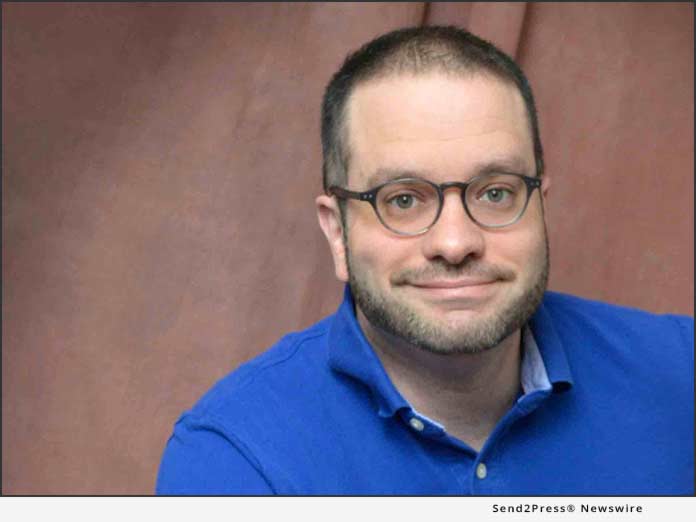 The book is filled with humorous insights and thoughtful analysis of travel, people and customs. It confirms the value and power of international travel as a source for broadening the mind and providing a wider view of humanity.

Robins is an avid world traveler who has globe-trotted through more than 40 countries, and six continents and this is his debut novel. It’s an exciting and thought-provoking piece of work.

“After all of these exotic experiences, I wanted to share them with a wider audience. This, combined with my interests in history and satire, made writing a novel quite desirable,” said Robins.

“The Perfect Culture” is the story of Thomas Gephardt, an American, who after graduating from college, attempts to expand his horizons while living overseas in three different places: France, Japan and Israel.

Determined to leave the confines of his sheltered upbringing in the United States, Gephardt spends three months with a French family in Bordeaux, before a romantic interest in Paris – an Israeli woman named Sendi – complicates matters. He remains in contact with Sendi while he lives abroad in Japan as an English teacher, and then in Israel as a volunteer on a kibbutz.

“The Perfect Culture” explores the value of foreign travel and examines how countries have been shaped by their complex history and cultural differences.

It’s available in soft cover, as an e-book, and as an audiobook and can be purchased on Amazon, Barnes & Noble, Kobo, iBooks, and other online sites and bookstores around the globe.

“The audiobook helps bring alive the international feel of the book. The narrator, David George, has passports from three countries and he does about ten different accents,” said Robins.

For more information or to request a review copy, visit:

Robins lives in the Cleveland, Ohio area. He grew up in Bowling Green and attended high school in Toledo. He has a passionate interest in foreign cultures, history and satirical humor.

While in college at the University of Michigan, he studied abroad during his third year at the University of York in England. He traveled through Europe (including France) during the academic year and then went on to teach English in Japan for a few months and in South Korea for two years. He learned Spanish in Peru and has taken multiple shorter trips all over the world, including Israel.

His undergraduate degree is in history and philosophy, and he has a master’s from the University of Texas in public policy. He’s a fan of The Daily Show, Monty Python and Terry Pratchett’s “Discworld” novels.

View More Books and Publishing News
"The audiobook helps bring alive the international feel of the book. The narrator, David George, has passports from three countries and he does about ten different accents," said Robins.

Author Brent Robins lives in the Cleveland, Ohio area. He grew up in Bowling Green and attended high school in Toledo. He has a passionate interest in foreign cultures, history and satirical humor. His undergraduate degree is in history and philosophy, and he has a master's from the University of Texas in public policy.

LEGAL NOTICE AND TERMS OF USE: The content of the above press release was provided by the “news source” Author Brent Robins or authorized agency, who is solely responsible for its accuracy. Send2Press® is the originating wire service for this story and content is Copr. © Author Brent Robins with newswire version Copr. © 2019 Send2Press (a service of Neotrope). All trademarks acknowledged. Information is believed accurate, as provided by news source or authorized agency, however is not guaranteed, and you assume all risk for use of any information found herein/hereupon.