Director, Eduardo Sanchez, and cast members, to attend and participate in question-and-answer session

FREDERICK, Md., Sept. 18, 2019 (SEND2PRESS NEWSWIRE) — Phenomenology, Inc., an innovative production model in the performing arts, announces its participation with Eduardo Sanchez, co-director of the “The Blair Witch Project,” to bring his critically-acclaimed motion picture back to the big screen for one night in a special 20th anniversary screening, on October 18, in Frederick, Maryland, at the Weinberg Center for the Arts.

Hailed in 1999 by the New York Times, upon its theatrical premiere, as perhaps the “most inventive departure from standard horror fare” one can imagine, “The Blair Witch Project” pieces together the story of three film students who vanish after traveling into a Maryland forest, leaving only their footage behind. Shot over eight days with a budget of only $60,000, “The Blair Witch Project” went on to gross more than $240 million worldwide and is largely credited with bringing the “found footage” sub-genre to mainstream audiences.

The film was set in Burkittsville, Maryland, in western Frederick County, only a short distance from the historic Weinberg Center. “The Blair Witch Project” was distributed by Artisan Entertaiment.

“We’ve been humbled by the reception of the Blair Witch 20th anniversary screenings we’ve done this year,” said Sanchez. “But this screening is special for me because it’ll bring many of the local ‘Blair Witch’ cast and crew together with the film’s most devoted fans, in the county where the ‘Blair Witch’ takes place. It’s going to be a fun night.” 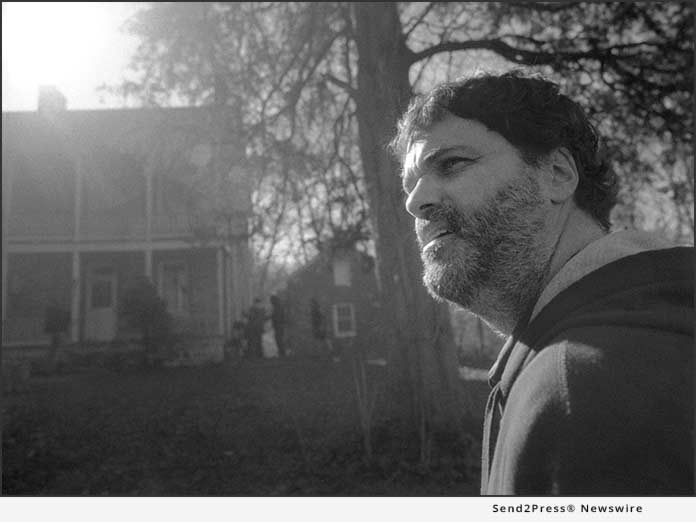 “We are honored and thrilled to support Ed and his vision to bring this special anniversary screening to Frederick,” said Jeffery Keilholtz, CEO & Artistic Director of Phenomenology. “All of the partners for the event are coming together in a collaborative way to make this a memorable night for everyone.”

The event will feature a screening of the original film, followed by a Question & Answer session, including Sanchez, and co-stars Mike Williams and Ed Swanson, among others. Film memorabilia will also be on display.

A lightly catered pre-show reception will commence at New Spire Stages, located at 15 W Patrick Street, with a chance to meet the filmmakers. Admission to the pre-show event is available at $50 per person and includes access to the screening.

Pre-show activities start at 6:30 p.m. and tickets are available at: http://www.mdtix.com/blairwitchprojectanniversary.html.

Net proceeds go to benefit Phenomenology, New Spire Stages and the Weinberg Center for the Arts.

Phenomenology, Inc., a 501(c)(3) non-profit organization, is an innovative production model to raise the quality of life for performing artists and technicians by creating meaningful partnerships in the entertainment industry — coupled with the production of high-value projects — to generate a first-of-its-kind corridor of professional activity between Frederick, Maryland and major media markets.

View More Movies and Filmmaking News
"We are honored and thrilled to support Ed and his vision to bring this special anniversary screening to Frederick," said Jeffery Keilholtz, CEO of Phenomenology.

ABOUT THE NEWS SOURCE:
Phenomenology Inc

Phenomenology, Inc., a 501(c)(3) charitable organization, is an innovative production model in Frederick, Maryland, with a mission to create opportunities that enhance the public exposure of local professional artists and technicians by producing high value performing arts projects to showcase their gifts.

LEGAL NOTICE AND TERMS OF USE: The content of the above press release was provided by the “news source” Phenomenology Inc or authorized agency, who is solely responsible for its accuracy. Send2Press® is the originating wire service for this story and content is Copr. © Phenomenology Inc with newswire version Copr. © 2019 Send2Press (a service of Neotrope). All trademarks acknowledged. Information is believed accurate, as provided by news source or authorized agency, however is not guaranteed, and you assume all risk for use of any information found herein/hereupon.