BOSTON, Mass., Nov. 2, 2016 (SEND2PRESS NEWSWIRE) — Cameron/Baxter Films announces the premiere of their film “Seeds of Freedom: A Vision for America” which is the inaugural event for the James Phinney Baxter Lecture Series at the Boston Public Library on Thursday, November 10 at the Central Library in Copley Square. 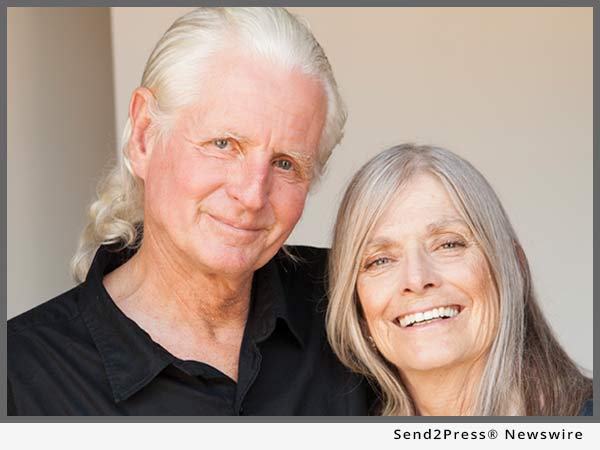 The film presents a revolutionary look at the synthesis between European colonists and the American Indian in the evolution of American democracy, mind, and spirit. At the event Mohawk elder Tom Porter and Pilgrim Scholar Gary Marks will present insights into the Iroquois Great Law and the Pilgrim vision for humanity as they apply to today and the future. The event begins at 5 p.m., followed by the film screening at 6 p.m. and a discussion led by film director Andrew Cameron Bailey.

Film Synopsis:
Eminent philanthropist/historian James Phinney Baxter (1831-1921) believed that America must embody the high ideals of New England’s original settlers if it is to become a global exemplar of liberty, equality, and justice. In 1921 he left a bequest instructing Boston to build a Pantheon to perpetuate the founding ideals and principles. Baxter’s great-great-granddaughter Connie Baxter Marlow adds a missing piece – the role of the American Indian in the evolution of democracy and the American mind and spirit.

The film is written, directed, and produced by Andrew Cameron Bailey and Connie Baxter Marlow of Cameron/Baxter Films.

View a trailer for the film here: https://youtu.be/swogrn1MQHc.

Bailey and Marlow have produced books, films, photography exhibitions and talks over the past 25 years to bring the Pilgrim vision and the Native American voice, heart, and spirit forward.

“Once we recognize the role of the American Indian in the evolution of the United States of America,” states Connie Baxter Marlow, “the dream for humanity carried to these shores by the early settlers of New England and Virginia will be realized in alignment with the vision of my great great grandfather James Phinney Baxter – that we lead the world as exemplars of Liberty, Justice and Equality. Until that time the United States, like a three-legged stool missing one leg, is out-of-balance without the Native American at the table.”

About James Phinney Baxter:
James Phinney Baxter felt there must be a New England Pantheon or Temple of Honor to house a pictorial record of the deeds and ideals of the founders of New England. He was well aware of “the persistent attempt to defame and belittle the Pilgrim and the Puritan” before and during 1920, the 300th Anniversary of the landing of the Mayflower.

Bringing A 100 Year old Vision to Life:
Upon his death in 1921 Baxter bequeathed a sum of money to The City of Boston. He mandated that by 2025, or when the accumulated sum had reached $1 Million, Boston build a bricks and mortar New England Pantheon to commemorate “the principles and achievements of the pioneers whose ideals were the seed of free government.” His son Governor Percival P. Baxter, significantly augmented his father’s gift in 1969. The fund became The James Phinney/Percival P. Baxter Fund.

James Phinney Baxter saw that the core ideas expressed in The Mayflower Compact, written in the cabin of the Mayflower before landing in 1620, of a “civil body politic formed to enact, constitute, and frame just and equal laws for the general Good” and other principles and ideals of the early settlers were foundational “to develop a form of government in which the best aspirations of men could find free play.” He proposed that America could be an “inspiration to the world if we are able to live up to the ideals of our forefathers” which he believed are the “self-evident truths of the human mind.”

The Trust was Broken:
Baxter’s trust was broken in 1997 when the Maine Supreme Court decided in favor of the City of Portland in the lawsuit brought against Boston which claimed that it had failed to honor the terms of the trust. $400,000 was given to Portland, the balance went into the coffers of the City of Boston to be used at the sole discretion of the Mayor to “promote the commemoration and public understanding of the history of the settlement of, and immigration to, New England.”

Boston used this money to create and fund the formative years of The Mayor’s Office of New Bostonians, now known as The Mayor’s Office for Immigrant Advancement. The balance of the fund remained inactive until the spring of 2013 when it was allocated to the Boston Public Library where it is being used to fund The James Phinney Baxter Lecture series. It is fitting that The Boston Public Library is the custodian of Baxter’s bequest in that Baxter gifted Portland, Maine its first library as well as The Baxter Memorial Library, which is housed adjacent to his family home in Gorham, Maine.

About The James Phinney Baxter Lecture Series:
The James Phinney Baxter Lecture Series is dedicated to Baxter’s vision of America – realizing its promise of liberty, justice and equality for all. The series will be held quarterly leading up to 2020 – the 400th anniversary of the landing of the Mayflower – and 2030 – the founding of Boston. The Lecture Series will include subjects pertaining to the principles and ideals of early settlers of New England and the education of immigrants on the foundational principles of the United States.

LEGAL NOTICE AND TERMS OF USE: The content of the above press release was provided by the “news source” Cameron Baxter Films, LLC or authorized agency, who is solely responsible for its accuracy. Send2Press® is the originating wire service for this story and content is Copr. © Cameron Baxter Films, LLC with newswire version Copr. © 2016 Send2Press (a service of Neotrope). All trademarks acknowledged. Information is believed accurate, as provided by news source or authorized agency, however is not guaranteed, and you assume all risk for use of any information found herein/hereupon.