"We have a clearly idiotic but all-too-common case of Medicine making business for itself," according to Dr. Harte. "It is clear that Medicine, in general, is about suppressing symptoms rather than achieving health."

“We have a clearly idiotic but all-too-common case of Medicine making business for itself,” according to Dr. Harte. The latest news reports indicate that Prince had a very bad hip, and had become addicted to Percocet, an opioid pain-killer.

“It is clear that Medicine, in general, is about suppressing symptoms rather than achieving health. In this case, Prince’s case, the result is quite the opposite … death.” Harte goes on, “When chiropractic care is available, to deal with the causes of pain, as well as other health issues, it is just plain stupid for doctors to merely cover up pain, as a main mode of care.”

Dr. Harte likens the medical practice of “pain management” to this: “If your house catches fire, and the smoke alarm goes off, would you take a hammer and whack the alarm, or would you call 9-1-1, and get your family out safely?” He states, “Medical studies of MRI, etc. have admitted that they really cannot pinpoint the cause of pain in their patients. Of course, they use MRI’s to sell orthopedic surgeries. The record is so bad, here, that what happens is officially known as ‘Failed Back Surgery Syndrome.’ Often, patients end up in worse pain, which increases their need for pain meds. The scam goes on!”

“Legal drug addiction is becoming epidemic. Prince was but one victim, a victim of medical procedure, and of medical thinking.” He notes, “This ‘iatrogenic,’ or medically-caused explosion of addiction has created and sustained a whole new medical specialty, drug rehabilitation. This is the specialty of Dr. Kornfeld. He was going to ‘save’ Prince. Too little, too late!”

“As a gross example of the lack of shame by the medical profession, there was a medical building in San Rafael. The front was ‘pain management.’ The back was drug rehab. The building has been torn down. I believe that the doctor has been indicted.” 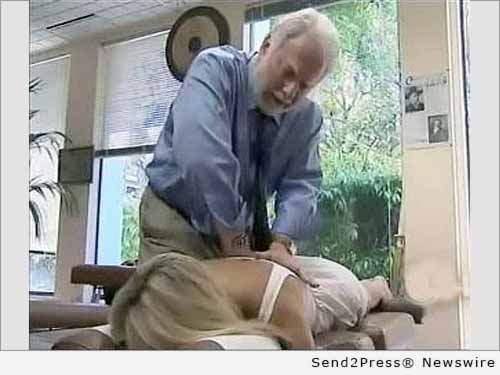 Alternate Headline: Did Drug Addiction Kill Prince, or Was It the Medical Establishment’s Chronic Failures

NEWS ARCHIVE NOTE: this archival news content, issued by the news source via Send2Press Newswire, was originally located in the Send2Press® 2004-2015 2.0 news platform and has been permanently converted/moved (and redirected) into our 3.0 platform. Also note the story “reads” counter (bottom of page) does not include any data prior to Oct. 30, 2016. This press release was originally published/issued: Thu, 05 May 2016 20:11:16 +0000

View More California Business News
"We have a clearly idiotic but all-too-common case of Medicine making business for itself," according to Dr. Harte. "It is clear that Medicine, in general, is about suppressing symptoms rather than achieving health."

LEGAL NOTICE AND TERMS OF USE: The content of the above press release was provided by the “news source” Dr. Don Harte or authorized agency, who is solely responsible for its accuracy. Send2Press® is the originating wire service for this story and content is Copr. © Dr. Don Harte with newswire version Copr. © 2016 Send2Press (a service of Neotrope). All trademarks acknowledged. Information is believed accurate, as provided by news source or authorized agency, however is not guaranteed, and you assume all risk for use of any information found herein/hereupon.