"My goal is to establish Osceola as a place that fosters startups and helps young companies grow and flourish," says Trickey.

In 1979, Trickey received his MBA from Rockhurst College, four years after leaving the Air Force. He spent the next two decades honing his business management and sales process knowledge, ultimately joining the Des Moines Buccaneers Hockey program in 2002 as COO. In 2006, Trickey became the Executive Director of the Clarke County Development Corporation. He commuted from Des Moines for a year, then eventually made Osceola his permanent residence.

As Trickey reflects on his first year at Clarke County Development Corporation, he remembers a friend saying “don’t take that job in Osceola, you’ll never get out of there.”

He chuckles, “It was true, but I don’t regret it.” In nine years at Clarke County Development Corporation, Trickey has seen the city through an abundance of growth and achievements. Some of his most notable achievements include securing the Turkey Hatchery, Iowa Steel, the Salford plant and Astoria Industries (now Altec) as Osceola businesses.

Clarke County Development Corporation has won four celebrated awards under Trickey’s leadership. In 2014, Osceola became the seventh community in the state to earn the Connected Community Certification. “We’re always working to ensure our local businesses have every advantage possible,” said Trickey during the award ceremony. To earn the certification, the city of Osceola ensured maximum access to broadband supported technologies. In the same year, the city was designated as a Skilled Iowa city and a Home Base Iowa Community. The Skilled Iowa Initiative helps link workers with essential skills to employers with open job positions. As a Home Base Iowa Community, Clarke County is committed to offering resources and incentives for veterans.

In 2013, Osceola won the IADG Silver Shovel Award, which honors outstanding leadership, innovation and achievement in business and community development.

Prior to being appointed to the State Advisory Board, Trickey served on the Creston SBDC Regional Board. He has also served as an Executive Committee member with the Southern Iowa Council of Governments, and is an adjunct professor at Southwestern Community College where he teaches a variety of business classes.

As a State Advisory Board member, Trickey plans to introduce new trends to Clarke County and expand Osceola’s business community. “My goal is to establish Osceola as a place that fosters startups and helps young companies grow and flourish,” says Trickey. With more than 30 years of experience and over a decade of growing Iowa commerce, Clarke County’s Executive Director remains passionate and optimistic about the future of Iowa businesses, especially their future in Osceola. 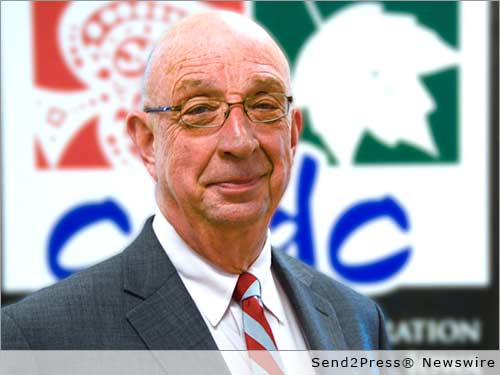 NEWS ARCHIVE NOTE: this archival news content, issued by the news source via Send2Press Newswire, was originally located in the Send2Press® 2004-2015 2.0 news platform and has been permanently converted/moved (and redirected) into our 3.0 platform. Also note the story “reads” counter (bottom of page) does not include any data prior to Oct. 30, 2016. This press release was originally published/issued: Wed, 27 Apr 2016 15:27:11 +0000

View More Business News
"My goal is to establish Osceola as a place that fosters startups and helps young companies grow and flourish," says Trickey.

LEGAL NOTICE AND TERMS OF USE: The content of the above press release was provided by the “news source” Clarke County Development Corporation or authorized agency, who is solely responsible for its accuracy. Send2Press® is the originating wire service for this story and content is Copr. © Clarke County Development Corporation with newswire version Copr. © 2016 Send2Press (a service of Neotrope). All trademarks acknowledged. Information is believed accurate, as provided by news source or authorized agency, however is not guaranteed, and you assume all risk for use of any information found herein/hereupon.