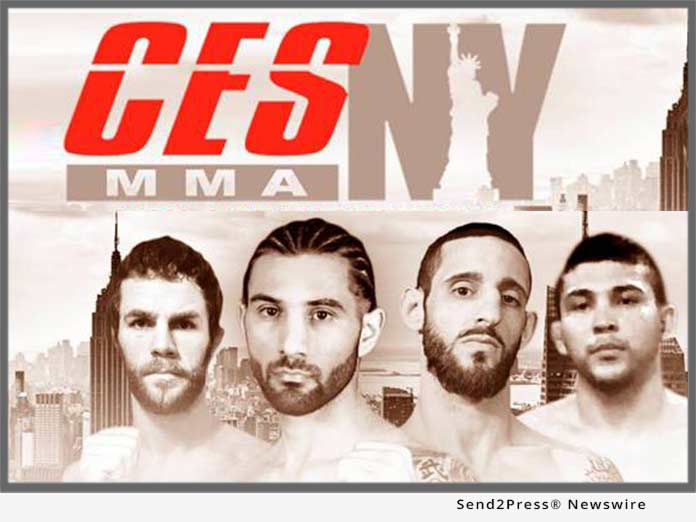 “With the incredible amount of pro talent located in the New York region, opening a division there is a logical step in our east-coast expansion,” states CES MMA vice president Jimmy Burchfield Jr. “We had the opportunity to work with John Gotti III when he made his pro debut in Rhode Island back in October. We are now excited to see him go to work at home.”

In the co-main event, the always exciting Bellator vet Kenny Foster makes his third appearance with CES MMA in a featherweight showdown against Jacob Bohn of Le Roy.

The full fight card can be viewed by visiting http://www.cesmma.com, https://www.twitter.com/cesmma or https://www.facebook.com/cesmma, or following CES MMA on Instagram at @CESMMA.

More from Classic Entertainment and Sports

ABOUT THE NEWS SOURCE:
Classic Entertainment and Sports

LEGAL NOTICE AND TERMS OF USE: The content of the above press release was provided by the “news source” Classic Entertainment and Sports or authorized agency, who is solely responsible for its accuracy. Send2Press® is the originating wire service for this story and content is Copr. © Classic Entertainment and Sports with newswire version Copr. © 2018 Send2Press (a service of Neotrope). All trademarks acknowledged. Information is believed accurate, as provided by news source or authorized agency, however is not guaranteed, and you assume all risk for use of any information found herein/hereupon.