NEW YORK, N.Y., April 28, 2022 (SEND2PRESS NEWSWIRE) — Talented singer-songwriter Clay Joule’s and Fight 4 Freedom’s latest single “O’Dream,” is set to premiere on April 28, 2022 alongside a heartwarming music video. Brought to you by Truwan Records, the single touches on the on-going war taking place in Ukraine and carries themes of peace prevailing through hard times. 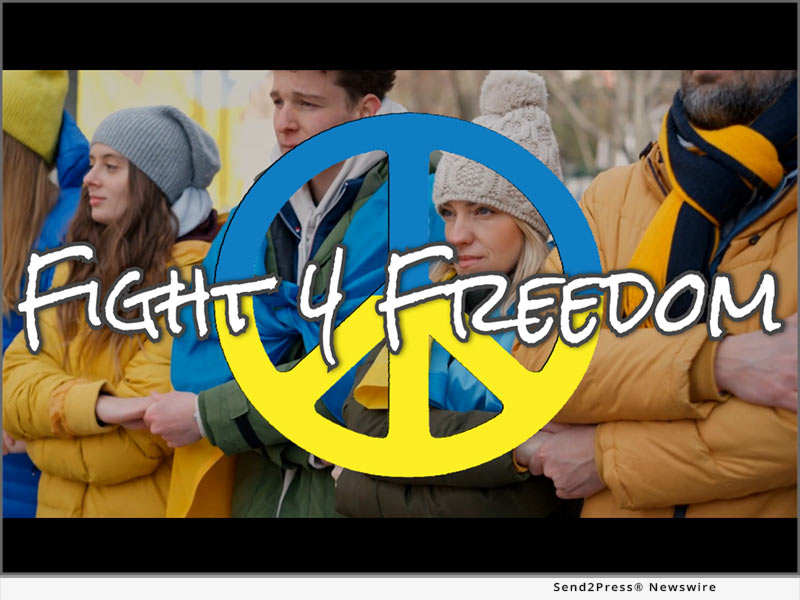 With every passing day, the fight for freedom taking place in Ukraine gets more and more intense. Ukrainians all across the country are giving up their lives to protect their human rights against the terror of the Russian army, and their struggle has inspired the world to stand to band together in staunch support of Ukraine.

Singer-songwriter Clay Joule is among those who have been touched watching this incredible struggle. Finding inspiration in wanting to spread support for the Ukrainians dream of peace, Clay Joule is debuting his latest single, “O’Dream,” with his label Truwan Records. Featuring the plight of Ukrainians, the song is part of a movement called “Fight 4 Freedom,” that the artist hopes will bring more support for Ukraine and their pursuit for justice.

To achieve this, “O’Dream,” will be accompanied by a beautiful and raw music video, once again showcasing the Ukrainians’ struggle against the Russian threat. Instead of making a show of the violence however, it instead features Ukrainian people, standing together peacefully in hopes of a better future.

This matches perfectly with the song itself, a soaring rock epic with dreamy vocals that hope to push and inspire listeners to show their support for the currently suffering Ukrainians as they dream for peace. It’s exactly the type of song that can emotionally push the listener into making a difference. It’s also sincere and genuine, which is important when it comes to a song like this.

Both “O’Dream,” and its music video are set to debut on the Formosa Joule YouTube channel on April 28, 2022. On top of that, the song and video will also be part of a playlist where Clay Joule plans to release new and original musical videos every week.

As a statement, “O’Dream,” is genuine and melodic, truly a show of the peace that the people of Ukraine dream for. To support Ukraine, Clay Joule, “O’Dream,” and “Fight 4 Freedom,” stay tuned for the single’s debut on April 28. Links to the music video and channel can be found below.

In the description of the video, listeners will find links to organizations they can donate to in order to support the Ukrainian people.

ABOUT THE NEWS SOURCE:
Clay Joule

Singer-songwriter Clay Joule is among those who have been touched watching this incredible struggle. Finding inspiration in wanting to spread support for the Ukrainians dream of peace, Clay Joule is debuting his latest single, "O'Dream," with his label Truwan Records. Featuring the plight of Ukrainians, the song is part of a movement called "Fight 4 Freedom," that the artist hopes will bring more support for Ukraine and their pursuit for justice.

LEGAL NOTICE AND TERMS OF USE: The content of the above press release was provided by the “news source” Clay Joule or authorized agency, who is solely responsible for its accuracy. Send2Press® is the originating wire service for this story and content is Copr. © Clay Joule with newswire version Copr. © 2022 Send2Press (a service of Neotrope). All trademarks acknowledged. Information is believed accurate, as provided by news source or authorized agency, however is not guaranteed, and you assume all risk for use of any information found herein/hereupon.