WASHINGTON, D.C., Jan. 25, 2017 (SEND2PRESS NEWSWIRE) — ChildVoice today announced that on Saturday, January 28, from 2–4 p.m., “Enduring the Night” co-author Natalie Committee-Fath will present an Author Talk at The Potter’s House, a nonprofit cafe and bookstore in the Adams Morgan neighborhood of Washington, D.C. Committee-Fath will shine light on the issue of human trafficking and the plight of an estimated 250,000 child soldiers involved in conflicts globally. 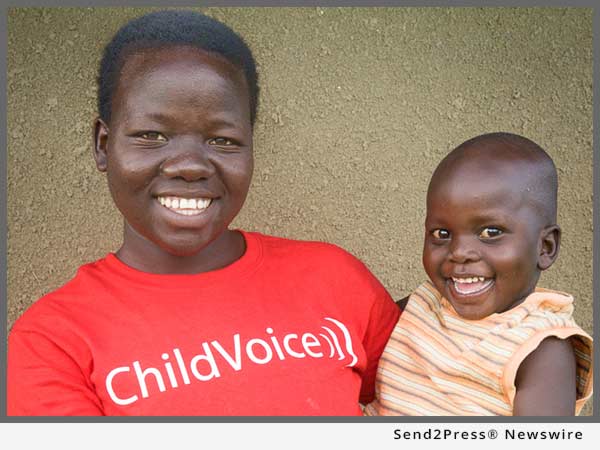 She will tell how, through the help of an organization called ChildVoice, young women in northern Uganda are speaking up about the terror they experienced as child soldiers in the rebel group known as the Lord’s Resistance Army.

ChildVoice is a nonprofit organization that offers rehabilitation and reintegration services to those most affected by war. The book, “Enduring the Night: Courageous Stories of Survival by Former Girl Soldiers” (ISBN-13: 978-1938840067) features award-winning photography that illustrates the harsh realities of war as well as the hope found in post-conflict restoration. 100% of the proceeds from sales of “Enduring the Night” go toward helping ChildVoice provide support services for war-affected young women like those featured in the book.

One young woman who came to ChildVoice, named Grace, was abducted at age 10 and forced to be a soldier for nearly 10 years. She said, “As I share my story with others in my community, I find that they also are able to open up and tell me their experiences, and it is a great comfort to them. For so long, we had to hide because others feared us, even though it was never our choice to do the things we did.”

While working at ChildVoice, co-authors Natalie Committee-Fath and Kristin Barlow recognized the need to bring attention to the oppression that Grace and the other young women had faced.

“Although the situation in Uganda has improved, the civil war in South Sudan is now raging, leaving vulnerable young girls prey to human trafficking and prostitution,” said Committee-Fath. “ChildVoice is working to bring some of the most destitute of these girls across the border to northern Uganda, where they find sanctuary and a safe place to begin rebuilding their lives at ChildVoice’s Lukome Center.”

ChildVoice’s Founder and CEO, Conrad Mandsager, also recognizes the importance of sharing these girls’ stories, not only to raise awareness, but also as part of the healing and empowerment process for the young women at the rehabilitation center. He said, “When I first met Grace, she kept her eyes downward and could barely speak about her experience; I knew then what success for our organization would look like. Although we couldn’t do anything to restore their childhoods, maybe we could do something to restore their voices.”

To learn more about this event, click here: http://pottershousedc.org/event-blog/2017/1/28/enduring-the-night-courageous-stories-of-survival-by-former-girl-soldiers-author-talk.

About ChildVoice:
ChildVoice was founded in 2006 to restore the voices of children silenced by war in northern Uganda. At that time, more than 30,000 children had been abducted by the Lord’s Resistance Army and forced to become soldiers. Since 2007, ChildVoice’s Lukome Center has provided a therapeutic community for adolescent girls including former child soldiers and sex slaves, child mothers, orphans and other highly vulnerable girls in northern Uganda.

At the Center, girls are able to recover from the trauma of war and receive the educational and vocational training they need to rebuild their lives. While Uganda is no longer at war, the effects of years of conflict have left generations of families struggling to recover from trauma and poverty. Today, there are 35 conflict zones around the world where children are growing up in war-torn communities. ChildVoice is working diligently to expand its services to include war-affected children in South Sudan and beyond.

ABOUT THE NEWS SOURCE:
ChildVoice

ChildVoice was founded in 2006 to restore the voices of children silenced by war in northern Uganda. At that time, more than 30,000 children had been abducted by the Lord’s Resistance Army and forced to become soldiers. Since 2007, ChildVoice’s Lukome Center has provided a therapeutic community for adolescent girls including former child soldiers and sex slaves, child mothers, orphans and other highly vulnerable girls in northern Uganda.

LEGAL NOTICE AND TERMS OF USE: The content of the above press release was provided by the “news source” ChildVoice or authorized agency, who is solely responsible for its accuracy. Send2Press® is the originating wire service for this story and content is Copr. © ChildVoice with newswire version Copr. © 2017 Send2Press (a service of Neotrope). All trademarks acknowledged. Information is believed accurate, as provided by news source or authorized agency, however is not guaranteed, and you assume all risk for use of any information found herein/hereupon.