Cybernauts Called to PLANETXXI to Save Planet Earth

CHICAGO, Ill., Feb. 8, 2021 (SEND2PRESS NEWSWIRE) — PLANETXXI, an exoplanet and mirror to Earth, has recently picked up chatter and cries for help to save planet Earth. Their voices were heard in CyberCity, PLANETXXI’s satellite communications center saying that planet Earth is in trouble. Sandra Snowden, Founder of PLANETXXI LLC and newly launched online entertainment broadcasting website, PLANETXXITV.com, says she and her company are ready to help save planet earth. 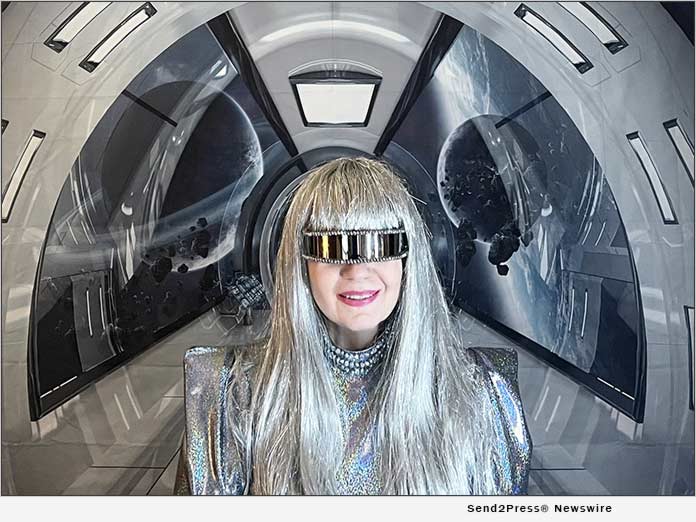 Through her cosmic character aka Celestina Xi, Ambassador from PLANETXXI, she is sending out an SOS to recruit a new generation of futurists and visionaries – Cybernauts. Together, they will work to solve Earth’s environmental crisis and save the planet.

Concerned students are afraid that the future of the planet is grim and they are looking for ways to help. Becoming a PLANETXXI Cybernaut is one way to be a catalyst for change.

While NASA has astronauts travel the universe on space missions, PLANETXXI Cybernauts zoom at warp speed into cyberspace from CyberCity and connect with their counterparts in a “Think Tank of Tomorrow” where they’re challenged to create The First Eco City of the Future on PLANETXXI.

Using a blank canvas, students can Dare to Dream Big on their vision quest and design the kind of sustainable, and eco-friendly world they would like to live in and inherit. This eco-city will be their future. Through their illustrations, inventions, and innovation, PLANETXXI Cybernauts can change the paradigm and the course of history. They can also showcase their ideas and videos for all the world to see on PLANETXXI TV’s YouTube Channel.

“This is no time to stand on the sidelines and watch others take control of your future. Space greats already have plans to build cities on Mars and to create colonized habitats in space so people will have a safe place to live as Earth becomes more and more uninhabitable,” Celestina says.

Celestina agrees that as the climate clock ticks, planet Earth may cease to exist by 2100 and believes that together, a sustainable future can be achieved on Earth and PLANETXXI.

She’s calling all futurists and visionaries, especially Generation Z’ers, to become part of the mission. In addition, teachers and classrooms are also invited to join PLANETXXI Cyber Schools of the Future in helping to create a new eco-friendly planet at: http://www.planetxxitv.com/.

Cybernauts will receive membership to Club PLANETXXI, along with a virtual passport giving them access to participate in all cyber events and virtual activities in CyberCity. Cyber Kids of the Future can also become a Cyber Pal to planet Earth and PLANETXXI. (PLANETXXI is COPPA compliant)

View More Entertainment News
"Space greats already have plans to build cities on Mars and to create colonized habitats in space so people will have a safe place to live as Earth becomes more and more uninhabitable," Celestina says.

ABOUT THE NEWS SOURCE:
PLANETXXI LLC

Celestina's newly-launched website planetxxitv.com encourages futurists to sign on as virtual cybernauts who can then travel into cyberspace to the planet's space station in CyberCity. Through virtual events, and cyber connections, they can design the blueprint and masterplan for their future on PLANETXXI. Located in the Goldilocks Galaxy, PLANETXXI is an exoplanet in the Circumstellar Habitable Zone (CHZ). It's a planet of peace and positivity and a place where dreams for the future can come true. It's also Earth's mirror planet.

LEGAL NOTICE AND TERMS OF USE: The content of the above press release was provided by the “news source” PLANETXXI LLC or authorized agency, who is solely responsible for its accuracy. Send2Press® is the originating wire service for this story and content is Copr. © PLANETXXI LLC with newswire version Copr. © 2021 Send2Press (a service of Neotrope). All trademarks acknowledged. Information is believed accurate, as provided by news source or authorized agency, however is not guaranteed, and you assume all risk for use of any information found herein/hereupon.