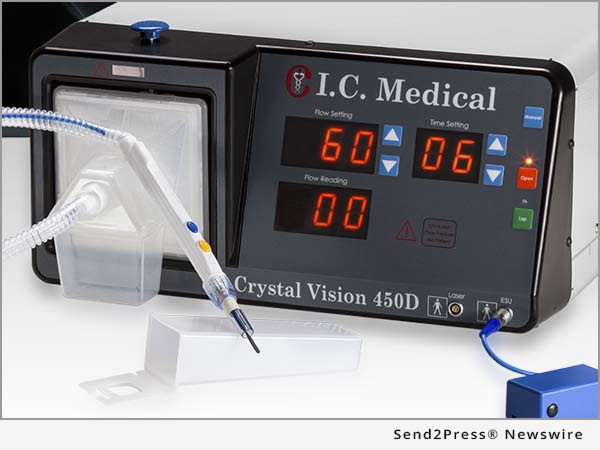 Studies have shown that electrocautery of 1 gram of tissue is equivalent to smoking six unfiltered cigarettes. Moreover, electrosurgical smoke contains extremely fine particles and can accumulate over long periods of time, putting nurses and OR staff at particularly high risk.

Although surgical procedures are far safer and more effective today due to advances in technology, knowledge and training, as well as improvements in overall quality of care, there has heretofore been a degree of complacency about the issue of surgical smoke in ORs. Recently, however, a groundswell of demand has emerged from the medical community for safer working conditions and more effective ways of capturing and eliminating plume.

The Association of Perioperative Registered Nurses (AORN) will issue guidelines on surgical smoke evacuation in the January 2017 publication of The AORN Journal. The guidelines will prompt hospitals and surgery centers around the world to assess whether their current practices are adequate. Many hospitals and surgery centers will likely find that they are not doing enough in this area to keep patients and OR staff safe and healthy.

Experts agree that evacuation of surgical smoke near its source is the best way to prevent plume exposure and the health consequences associated with it. The most sophisticated and effective surgical smoke evacuation device is the Crystal Vision 450D, which was developed and is manufactured by Phoenix-based I.C. Medical.

The Crystal Vision 450D employs a unique design that pulls air through a narrow opening at very high speeds causing the air to spin and form a powerful air vortex around the ESU blade. Smoke particles expelled from the surgical site are captured in the air barrier created by the vortex before they escape. Thus, instead of trying to catch and pull back particles that are traveling away from the smoke nozzle, the Crystal Vision’s design enables surgeons to create an invisible barrier through which smoke particles cannot escape into the operating room.

“The Crystal Vision 450D is revolutionary in terms of capture effectiveness, ease of use and field clarity,” said Ioan Cosmescu, inventor and co-founder of I.C. Medical. “It will materially improve health and safety in the surgical theater for both patients and clinical staff, while also improving clinical outcomes by improving visibility and reducing plume pollution in the operating room.”

Advances in surgical smoke evacuation are on par with significant breakthroughs in areas of infection prevention, treatment methods, surgical education and standards, improved ways of collecting and processing blood, transplant technology, laparoscopic surgery, and other major developments in terms of improving OR safety, quality and clinical outcomes.

The Crystal Vision 450D is currently CE marked. It is also available in Japan and Canada and will be coming soon to the United States.

About the Founders:
In 1983, Ioan and Elena Cosmescu emigrated from Soviet-dominated Romania and settled in Phoenix, Arizona. Six years later the Cosmescus launched I.C. Medical, and for nearly 30 years the company has been at the forefront of advances in surgical practice. CEO Ioan Cosmescu holds 36 U.S. patents and numerous international patents. The end-to-end smoke capture and evacuation system design first developed by I.C. Medical has become industry standard, used in ORs throughout the world.

View More Medical Devices News
"The Crystal Vision 450D is revolutionary in terms of capture effectiveness, ease of use and field clarity," said Ioan Cosmescu, inventor and co-founder of I.C. Medical. "It will materially improve health and safety in the surgical theater for both patients and clinical staff."

I. C. Medical, Inc. is a medical device company, capable of implementing Research and Development effectively and affordabley, while keeping an unwavering commitment to quality and compliance. Our main focus is in the area of surgical smoke collection. Over the years we chose to expand through careful strategic implementation of organizational, technical, and marketing programs aimed at market leadership. Our history of innovation is a testament to exciting changes and developments in the health care industry.

LEGAL NOTICE AND TERMS OF USE: The content of the above press release was provided by the “news source” I.C. Medical, Inc or authorized agency, who is solely responsible for its accuracy. Send2Press® is the originating wire service for this story and content is Copr. © I.C. Medical, Inc with newswire version Copr. © 2016 Send2Press (a service of Neotrope). All trademarks acknowledged. Information is believed accurate, as provided by news source or authorized agency, however is not guaranteed, and you assume all risk for use of any information found herein/hereupon.