MADISON, Wis., Sept. 28, 2021 (SEND2PRESS NEWSWIRE) — After getting a degree in English from UW-Madison and debuting her fiction in The Onion, author S. K. Kruse found herself on a twenty-five-year sabbatical to raise eleven children, while also managing a non-profit and writing a rock opera in her spare time. Now down to the last three teenagers, Kruse has spent the last five years gestating two novels and a brood of short stories, fifteen of which appear in her first published book, “Tales From the Liminal” (ISBN 978-1944521158, Deuxmers), available for sale on Amazon on October 12, 2021. 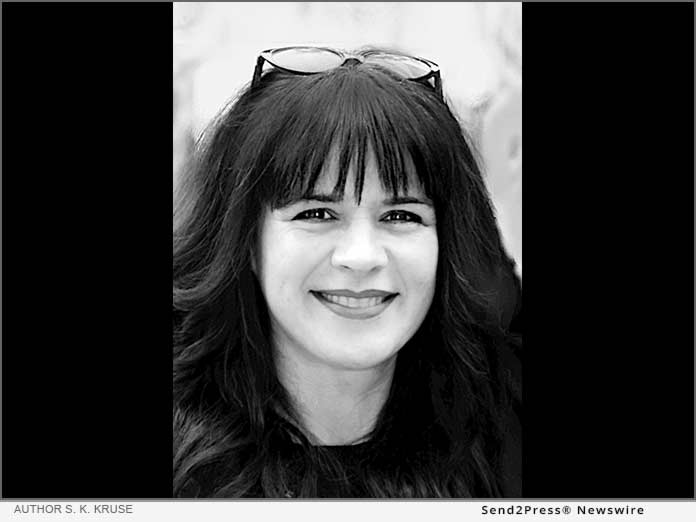 “Kruse brilliantly interweaves the fantastical and metaphysical with the everyday realities of life, with stories brimming with insight and compassion for humanity,” said Omer Kursat of Deuxmers Publishing.

In this collection of curious and delightful short stories, the readers never know who they’re going to meet next, but they always find themselves smack dab in the middle of some befuddling predicament of existence: following Schrödinger’s cat into the zeroth dimension, grooving to Barry Manilow with Bigfoot on a beach, traveling with a troubadour of the apocalypse to Belleville, or having drinks with a woman who has seen Gertrude Stein in the condensation on her window.

Using humor, horror, satire and allegory, Kruse submerges the reader in liminal landscapes where anything is possible, especially transformation.

In a review of Kruse’s writing, Timothy Cech, fiction editor for Reed Magazine said, “It’s a breed of storytelling that encases an entire cosmos within a compact form, with prose that pulses with life …”

Sandra Kaye Kruse grew up in Chippewa Falls, Wisconsin, where she attended Catholic school for twelve years. She then moved to Madison to earn a degree in English from the University of Wisconsin and to launch her writing career. Her writing has appeared in The Onion and Reed Magazine, has been longlisted for the John Steinbeck Award for Fiction, and has won multiple awards in the National League of American Pen Women’s “Soul-Making Keats Literary Competition.” You can find more of her writing at: https://www.skkruse.com/.

Founded in 2011 in Waimanalo, Hawaii, Deuxmers Publishing is an independent publisher of fiction, poetry and photography books, with a mission of preserving individual voices and visions to be made available for future generations. Learn more at: https://www.deuxmers.com/.

View More Books and Publishing News
"Kruse brilliantly interweaves the fantastical and metaphysical with the everyday realities of life, with stories brimming with insight and compassion for humanity," said Omer Kursat of Deuxmers Publishing.

ABOUT THE NEWS SOURCE:
Deuxmers Publishing

Founded in 2011 in Waimanalo, Hawaii, Deuxmers Publishing is an independent publisher of fiction, poetry and photography books, with a mission of preserving individual voices and visions to be made available for future generations.

LEGAL NOTICE AND TERMS OF USE: The content of the above press release was provided by the “news source” Deuxmers Publishing or authorized agency, who is solely responsible for its accuracy. Send2Press® is the originating wire service for this story and content is Copr. © Deuxmers Publishing with newswire version Copr. © 2021 Send2Press (a service of Neotrope). All trademarks acknowledged. Information is believed accurate, as provided by news source or authorized agency, however is not guaranteed, and you assume all risk for use of any information found herein/hereupon.